What to watch out for in the month ahead

August seasonals were a bust as the usual pangs of late-summer risk aversion never materialized, leading to outperformance of usual laggards AUD/USD, cable and equities.
We will start fresh tomorrow as September gets underway but there aren't many big clues in the monthly seasonal patterns. September is often a month dominated by news flow as policymakers return from holiday so that will dominate.
One recently-struggling asset in Septembers is gold. It's fallen an average of 1.16% in the past 10 Septembers including declines in six of the past seven. 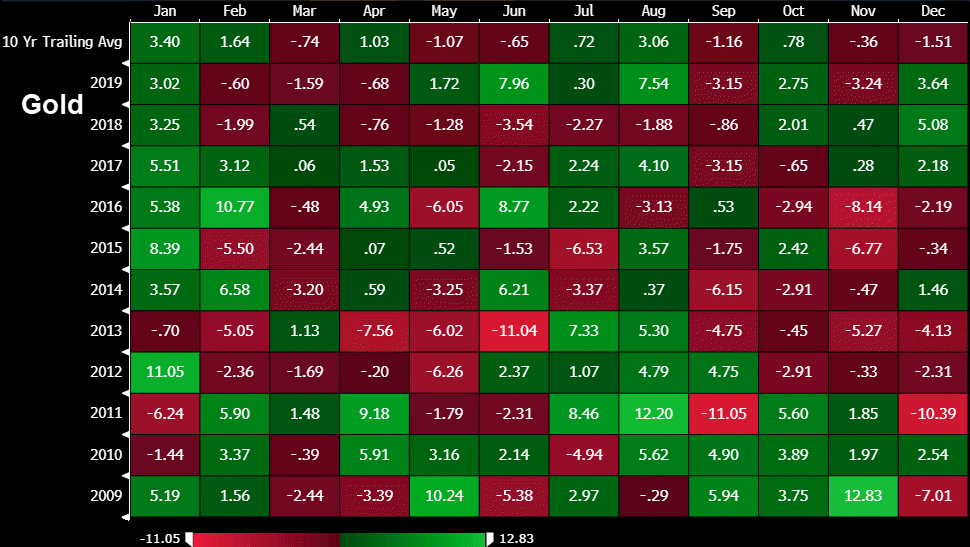 On the fundamental side, I have been writing about the rising chances for Republicans to hold the Senate, something that will reintroduce fiscal discipline to the US equation, something that would undermine gold.
A strong September trade tends to be natural gas as it begins its three-month period of strength. It averages a 7.05% gain in September over the past 10 years. That doesn't include the 62.6% rally in September 2009, which was the last time we were coming out of a crisis.
Warren Buffett today made headlines for a large investment into Japan. Seasonal investors may want to follow him because September averages a 1.16% gain over the past decade. More importantly, the four-month period through December is the strongest time of the year for the Nikkie 225.
The S&P 500 is moderately positive for September, with an average gain of 0.86% in the past decade. I had a look to see how it did in election years and there is no strong pattern:
Note though that October was negative for stocks in the 2008, 2012 and 2016 elections and strongly positive for the US dollar.
As for FX, I'm very hard pressed to find anything notable. There is a slight bid to the dollar in the shorter-term but over the past 30 years it's one of the weaker years for the dollar.
Oil is strong in the long-term but the effects of hurricanes are diminishing and September is increasingly negative.  For cypto, September is the worst month for bitcoin and has declined in Sept in three straight years (including 2017, which was the boom).