10 year yield test the swing highs from August and September, but stalls the

The 10 year yield closed last Friday at 1.344%. The current yield is around 1.372%. So for the week, the yield is up a little less than three basis points. That's not all that much.
Looking at the week, the yield move down on Monday and Tuesday bottoming near the September low around 1.267% (the low yield reach 1.263%). The last three trading days has seen a move to the upside on each successive day. Today the high yield reached 1.385%. That equaled the high for the month of September at the same level. The price has not traded above that yield since July 14. 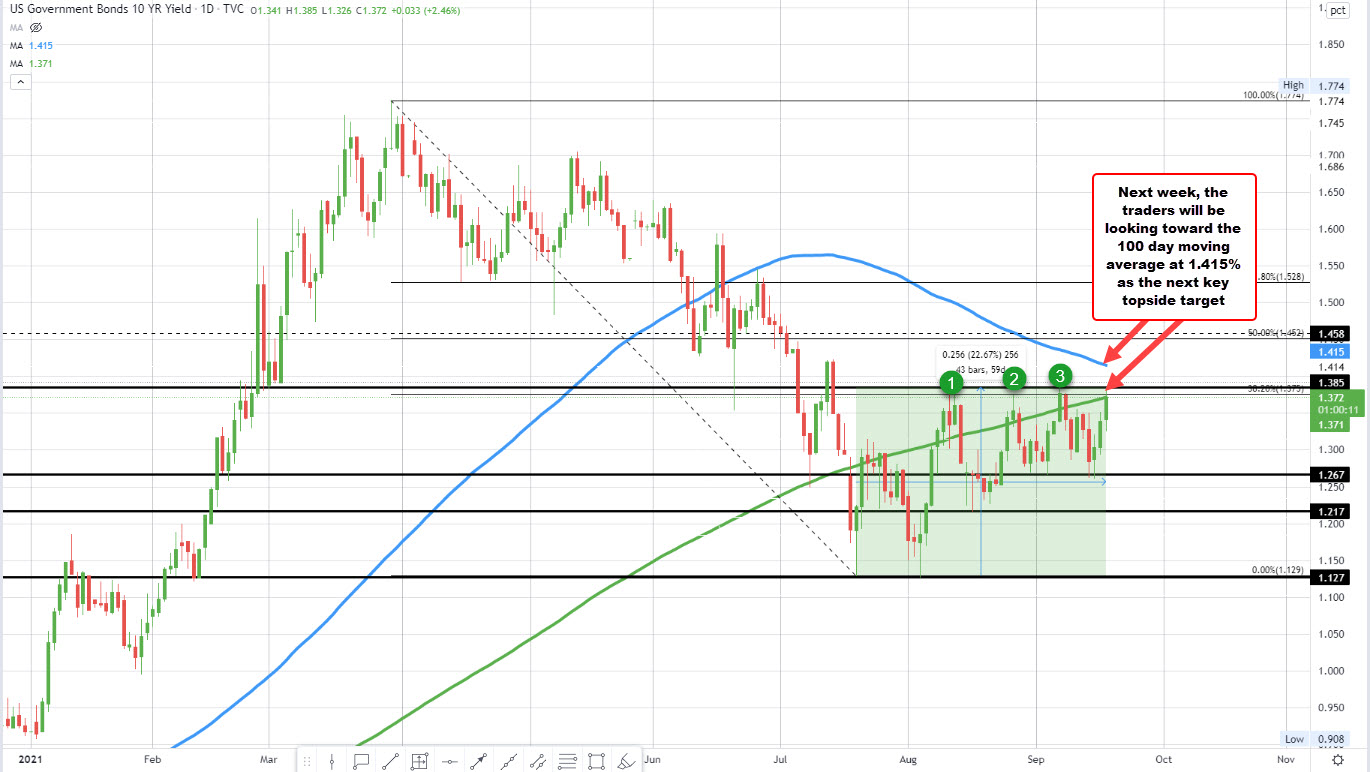