All good things come to an end. NZDUSD hits the wall

The NZDUSD had one heck of a run higher in trading on Thursday. The pair ended up moving up about 2.18%. The range for the day was 148 pips with the pair closing up around 140 pips. 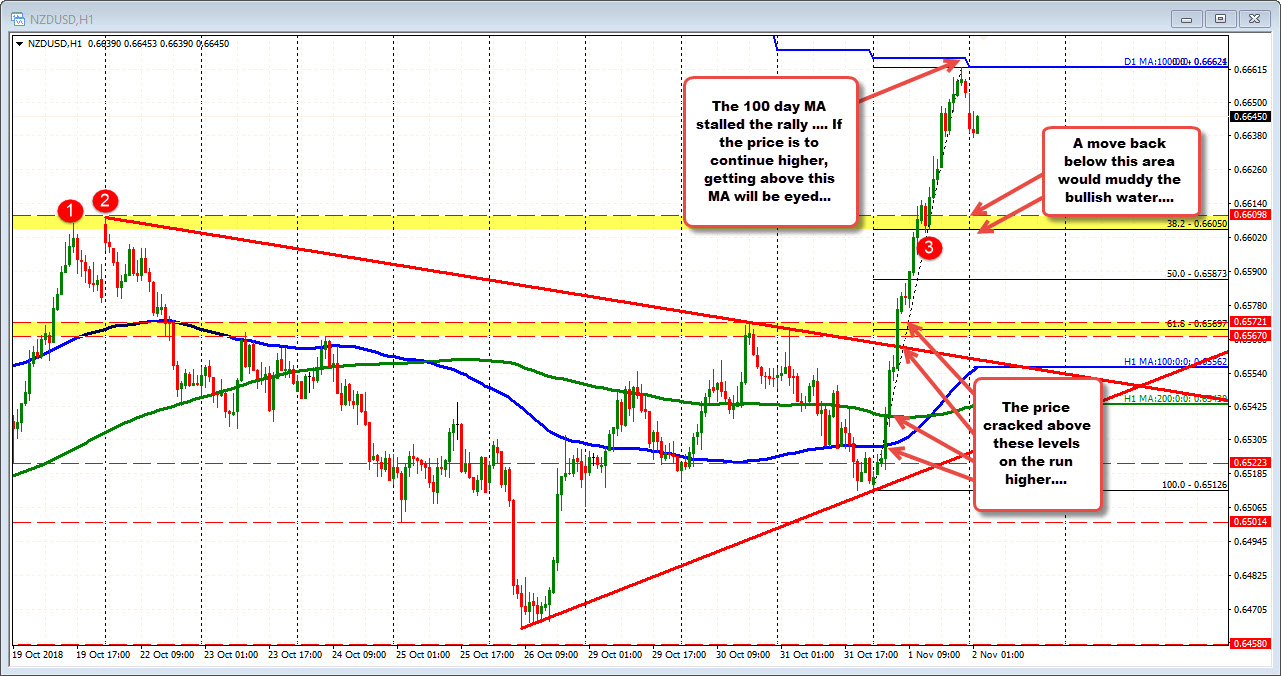 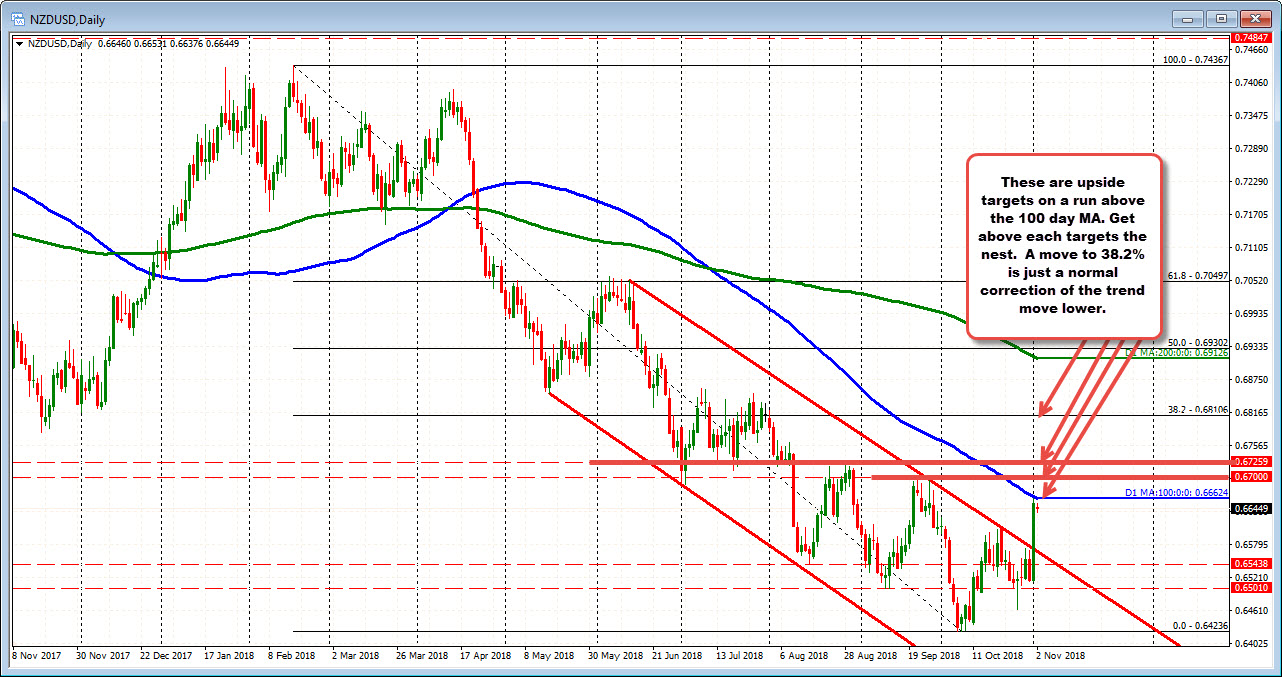 What now?
Well....The buyers/bulls now need to see a move above the 100 day MA.  If done, the sellers against the MA, will likely turn to buyers.
There is room to roam on the topside. Staying on the daily chart below, the September high reached around 0.6700. After that, the swing high at the end of August reached 0.67259.
In reality, a move to the 0.68106 is just 38.2% of the trend move lower.  That is just a normal correction off the trend move lower this year.
What would spoil the bullish party now?
Looking back at the hourly chart, longs would start getting antsy if the price were to break below the 0.6600-10 area.  The 38.2% of the trend move comes in at 0.6605. The swing high from October 22 comes in at 0.6610.
ForexLive