The Herald Sun's Terrry McCrann came out with an article earlier saying the RBA will cut rates at the next meeting in 18 days.  The employment data that was released earlier today, was mixed, with better employment growth, but in part-time, not full-time, but that was off a huge full-time growth the previous month. Further muddying the picture was a move higher in the unemployment rate to 5.2%, with the previous month revised higher to 5.1%. McCrann cites the higher unemployment rate as the reason.

The AUDUSD is trading at the lowest level since the January 3 flash crash day. Looking at the hourly chart, the high today stalled near a topside trend line at 0.6924 currentlly. On the downside, a swing low (after the fall to the day low) is at 0.6905. The low for the dya reached 06891. In between is a lower trend line at 0.6897.  Those are the lower steps that if broken, increases the bearish momentum. 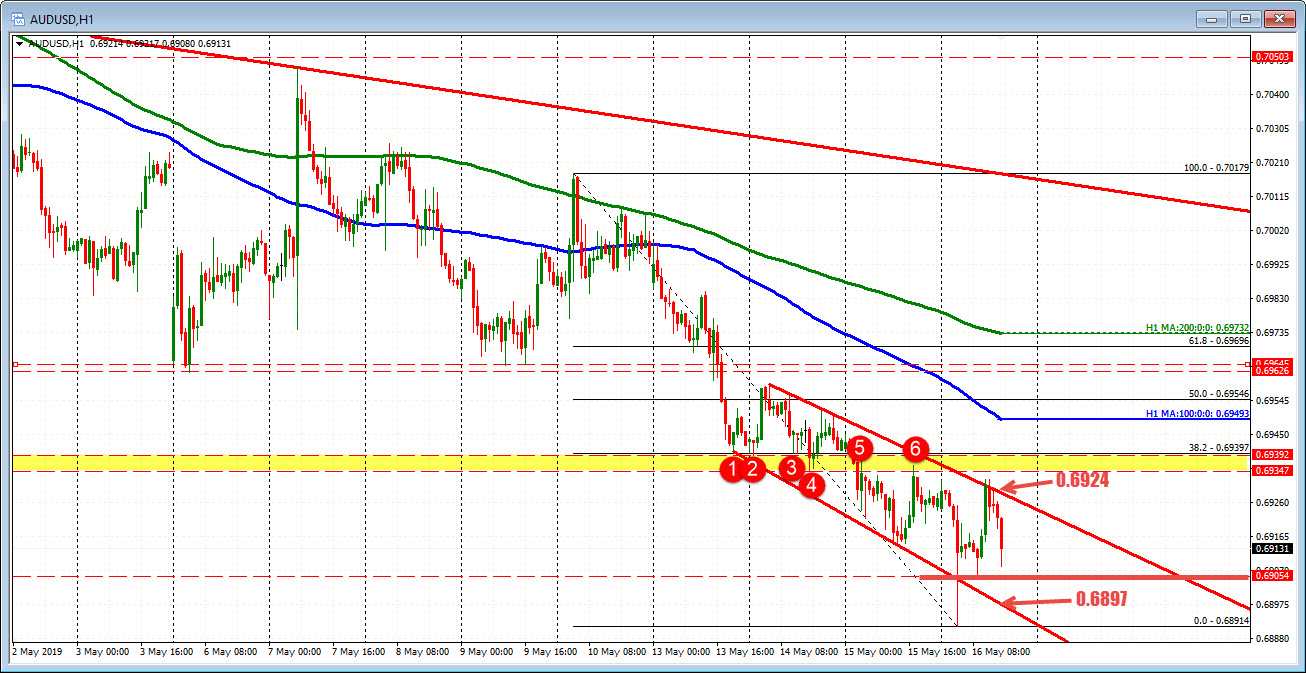