This week is the official start of Brexit campaigning. Whoopeee!

Despite weeks and weeks of polls and news stories about the UK's EU referendum, the campaigns officially kick off this week.

To open up, Georgie Osborne will delight us all with a 200 page analysis piece from the Treasury detailing the longer-term costs and benefits of EU membership. He's already playing the fear card saying it will cost around £4300 per family. I'm looking forward to this report as I'm running low on loo roll.

As I type he's popped up in Bristol saying that this is the biggest decision for a generation and that the Treasury analysis is sobering and serious. Well he would wouldn't he?

The betting odds haven't shifted that much since I last looked in March. To stay is 4/9 from 4/11, so a small lengthening. To leave is now 21/10 from 5/2. There's been virtually no shift in where the money is going.

Still the biggest problem is that no one knows what the fall out will be should we exit. Ordinarily I would hands down say that the vote will go against the fear mongers but on Friday I noted that the leave vote may be closer than people expect.

So, if you were sick of all things Brexit already, it's only going to get worse from here on in. For the pound, expect the Brexit stories to start having a bigger influence, though we may get through the rest of April before it starts really ramping up. 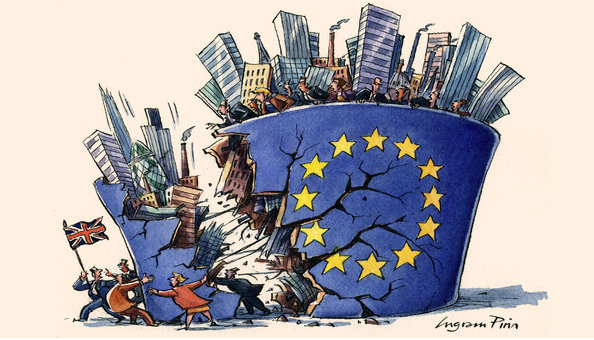 At least we'll have plenty of cartoons/pics to put on every post ;-)