Just when you think UK politicians can't get any more inept, they find a new way to disappoint. Labour has been taking pot shots all week at May, saying they don't want to bother negotiating with her because she's on the way out the door and her successor won't stick to the deal.
Cross-party talks have descended into a bit of a farce and confidence in the UK economy is damaged. Now Labour says it won't support any Brexit legislation until they have an exit deal.
The chart tells the story with a series of red candles as the rally that started in late-April is wiped out. Today's fall takes out the April low and now the Feb low of 1.2773 is in play. 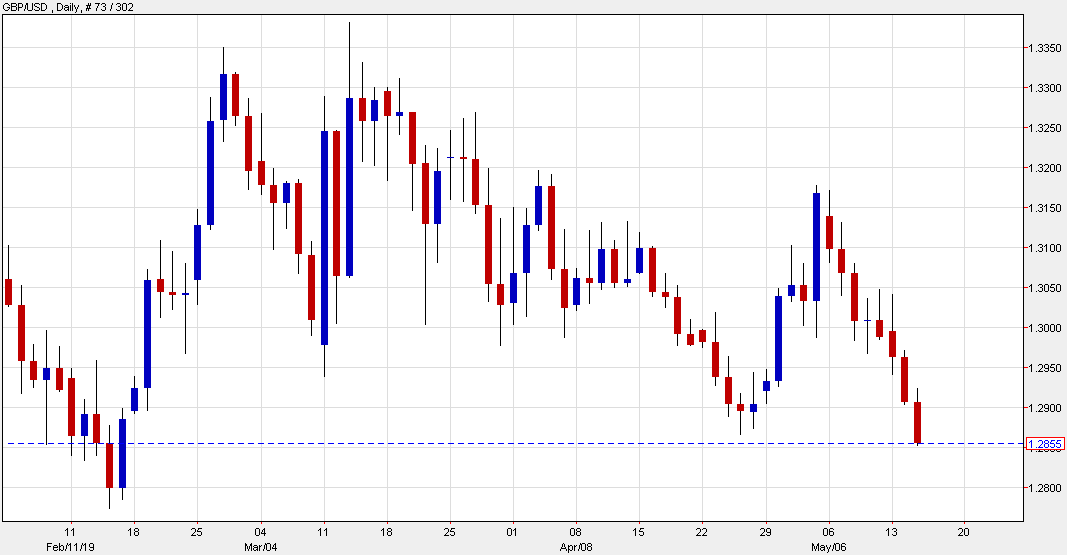