CFTC commitments of traders data for the week ending October 5, 2020 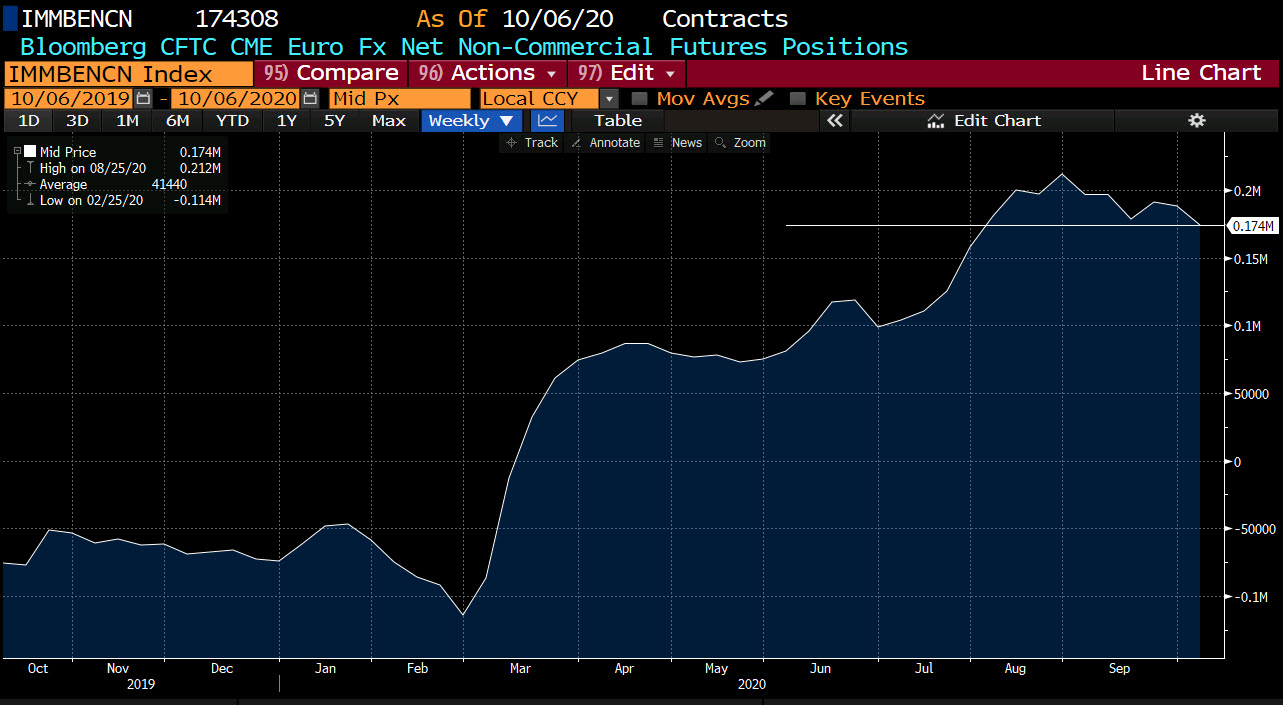