CFTC commitments of traders: EUR longs at the highest level since June 2018

Highlights:Below is the EUR speculative position. The position has shifted from -114K during the week of February 25th straight up to the +61K this week. 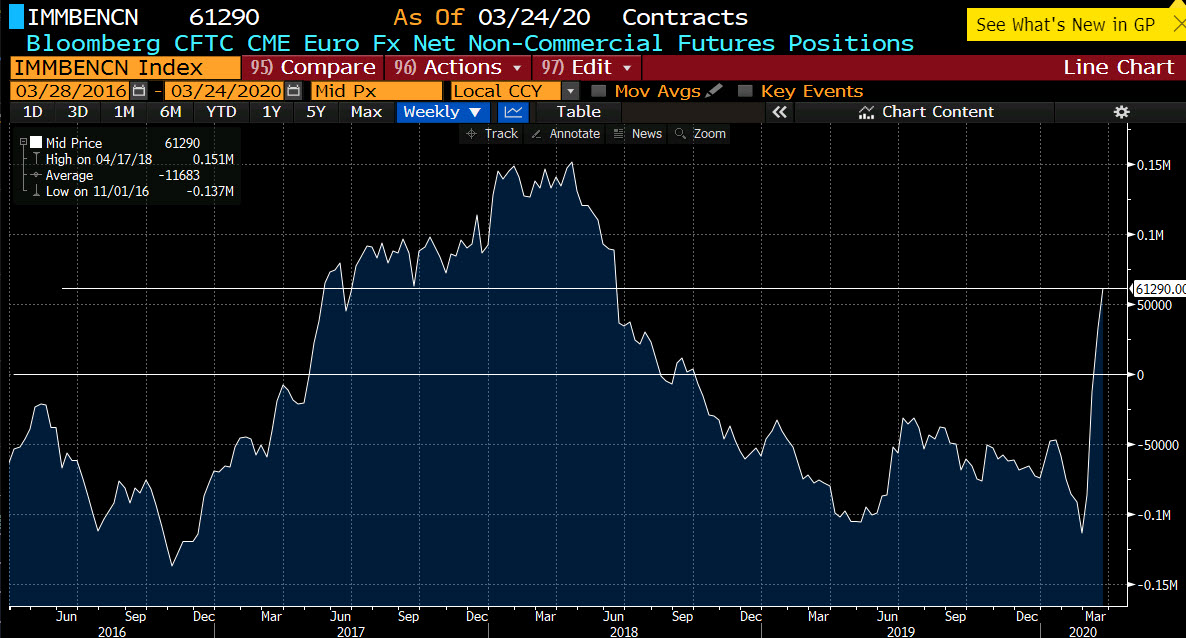