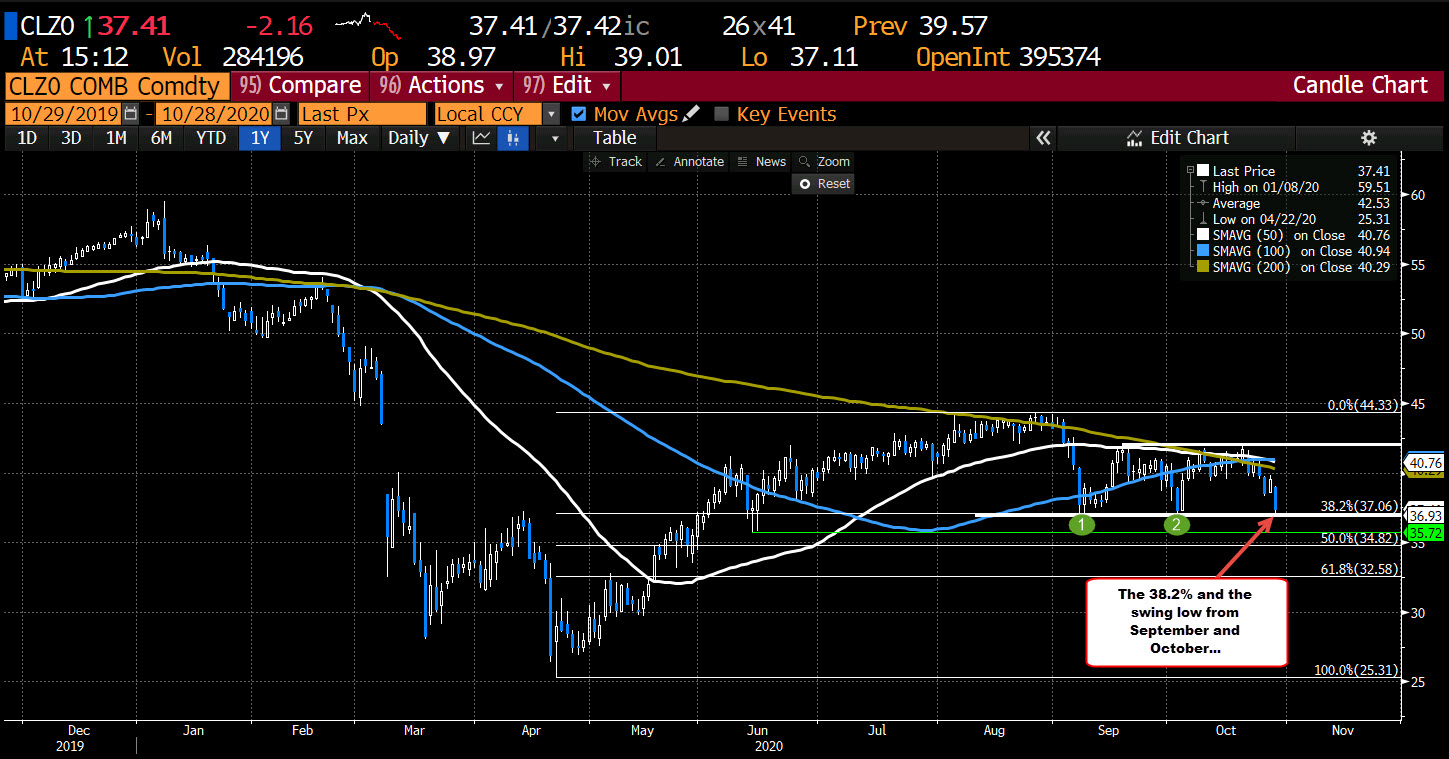 So key support between $36.93 and $37.11 is being tested in the December crude oil futures contract. So far traders are leaning.
A move below is likely to trigger stops. The next target would come in at the June low which reached $35.72. The 50% retracement of the move up from April is below that at $34.82.