The SPR release sets in motion the "buy the fact"

The US announced the 50 million barrel SPR release at the start of the New York session, and the price immediately pushed to session lows at $75.32. However the selling could not be maintained. and the price gushed higher over the next three hours of trading pushing the price up to test the 38.2% retracement of the move down from the November 9 high at $78.64. The high price reached $78.72 - just eight cents above the retracement level. 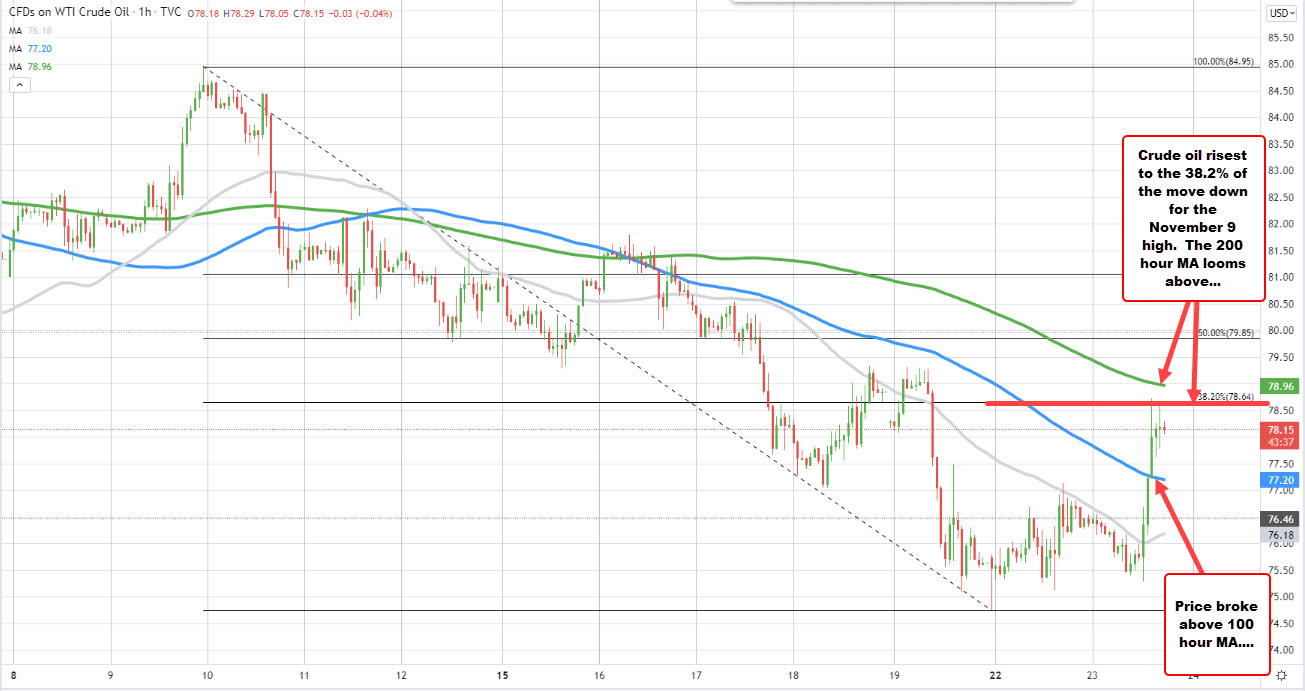 The last three or so hours of trading have traded up and down. On the downside, the low has remained above the 100 hour moving average currently at $77.20 (the low could only reach $77.62). The high price stalled right near the 38.2% retracement level at $78.64.
So overall, the buyers ability to push back above the 100 hour moving average for the first time since 16 November, is a short-term positive.
However the overall recent trend from the high at $84.95 on November 9 has been more to the downside. The 38.2% retracement and 200 hour moving average (green line in the chart above) still remain hurdles to get to and through if the buyers are to take more control. Absent that and the oil gush higher may be over.
Invest in yourself. See our forex education hub.