Does success on Jeopardy translate into success as a trader?

Jeopardy winners and trading winners have a lot in common 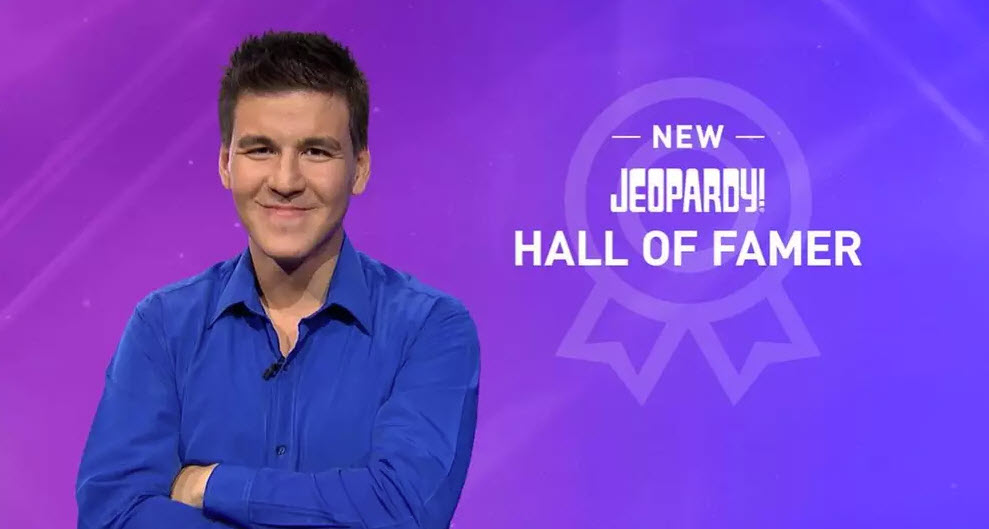 Another response, "Who is James Holzhauer?", would be the response to the answer "He is on pace to becoming the highest earner in Jeopardy! history". Get it?

The last 10 days on the show has seen a professional sports gambler named James Holzhauer race through the games without much competition.  His 10 day total winnings are $697,787 or $69,778.70 per day. That pace is more than double the all-time record holders average.   That record holder won 74 consecutive days and amassed $2.52M over that period.  That comes to $32,054 per day

If Holzhauer were to go 74 days without losing, he would win $5.16M.   Judging from his results to date, it may become his full time job for the entire year.  He is without competition.  No one is close.

In Jeopardy!, the subject categories are broad in topic like "Shakespearean Plays".

They could also have clever/fun topics.   For examples, a category heading might by "All my Ex-es", and the contestants will be instructed that all the answers start with letters "Ex".

There are categories that suit the contestants skill, and others that don't.

The cumulative totals can be leveraged higher as there is one Double Jeopardy question in game one, and two Double Jeopardy questions in game 2 (three in total). Those questions allow the contestant - who is in charge of the board (i.e. answered the last question correctly) - to wager up to his current winnings.  So if the contestant has $5000, he/she can in effect wager $5000 (and double his/her total). That's leverage.

The game ends with Final Jeopardy question - another leverage opportunity -  where the contestants can wager all or part of their total winnings (again on a determined topic).  All players answer the same question and bet whatever they want.

The winner is the one with the most money after Final Jeopardy.

To  win the game, you need to have a broad knowledge on many topics.  You also need  to be ready to press a button with your thumb on a hand held devise, as soon as Alex Trebek finishes reading the question, and do that ahead of the competition (i.e, you need to anticipate and react).

In effect the game process involves:

Oh, you also have to hope you are right as a correct answer is rewarded with a dollar value, but a wrong answer leads to a negative value. The higher the value, the higher the dollar risk.

Finally, it does help to utilize leverage opportunities IF you have the skill.

Since getting hooked on the show this last week, I started to think if traders/trading relates to contestants/the Jeopardy! game?

The answer is a resounding "YES!"

Let's go through some key similariities from the two. Hopefully it will help you with the game of trading.

In my book, Attacking Currency Trends, I outline a game plan for traders. That game plan is to trade trends and keep fear to a minimum.

Trends are where the most money is made and lost. It is essential that you stay on the right side of a trend.  Don't do it, and you lose money...fast.  Look back on your biggest losses and I guarantee it was because you traded against the trend.
In Jeopardy!, the trend is "knocking it out of the park" in category topics that you know.  I am not great in "Famous baroque composers" but "The Masters" (as in the golf tournament) or "Technical Analysis", would be topics I would ride the trend with lots of confidence.

In trading you define your risk, and limit your risk using technical tools.   A trend line or 100 day MA are implicit "lines in the sand" that say bullish above, and bearish below.  If you know that line is your risk line, and you look to limit your risk by trading near it, then do the final step of accepting the risk in your mind. Once you accept the risk,  your fear should disappear.

Because you are doing that process, and your risk is limited, you have a greater chance to "make more than your risk".  All of which, should lower your fear.

In Jeopardy!, the most successful players, like James, are defining, and limiting risk on each question read ("Do I answer it or not?"), and also accepting that risk every time the button is pressed (i.e. I am 80% sure but I accept that risk of loss).

A statistical fact from James Holzhauer's performance to date (CLICK HERE for interesting game facts and comparison to another super contestant), shows he has answered 341 questions correctly with 13 incorrect responses.

That is incredible win/loss percentage, and it does come with outright knowledge, but you can understand why he is so fearless. He has defined and limited his risk, and accepts the risk by pressing the button.

You can't be successful in trading without knowledge, nor the desire to learn.

One of the more frustrating things I hear from traders is how they lost money buying some signal provider.  A signal provider is NOT knowledge. They tend to be the opposite of knowledge.  You need to learn to fish for yourself.

At Forexlive, we all try to teach, coach, and mentor, with not only timely information but trading knowledge.

I could tell you to sell the EURUSD on a break of the 1.1282-84 area, but I also show you the chart that has the 200 hour MA and a swing area converged at that area.  Hence a break would shift the bias to the downside.   The price should go lower.  I post everyday using the same tools and trading decisions. I wrote about the "yellow area" and the 200 hour MA many times. 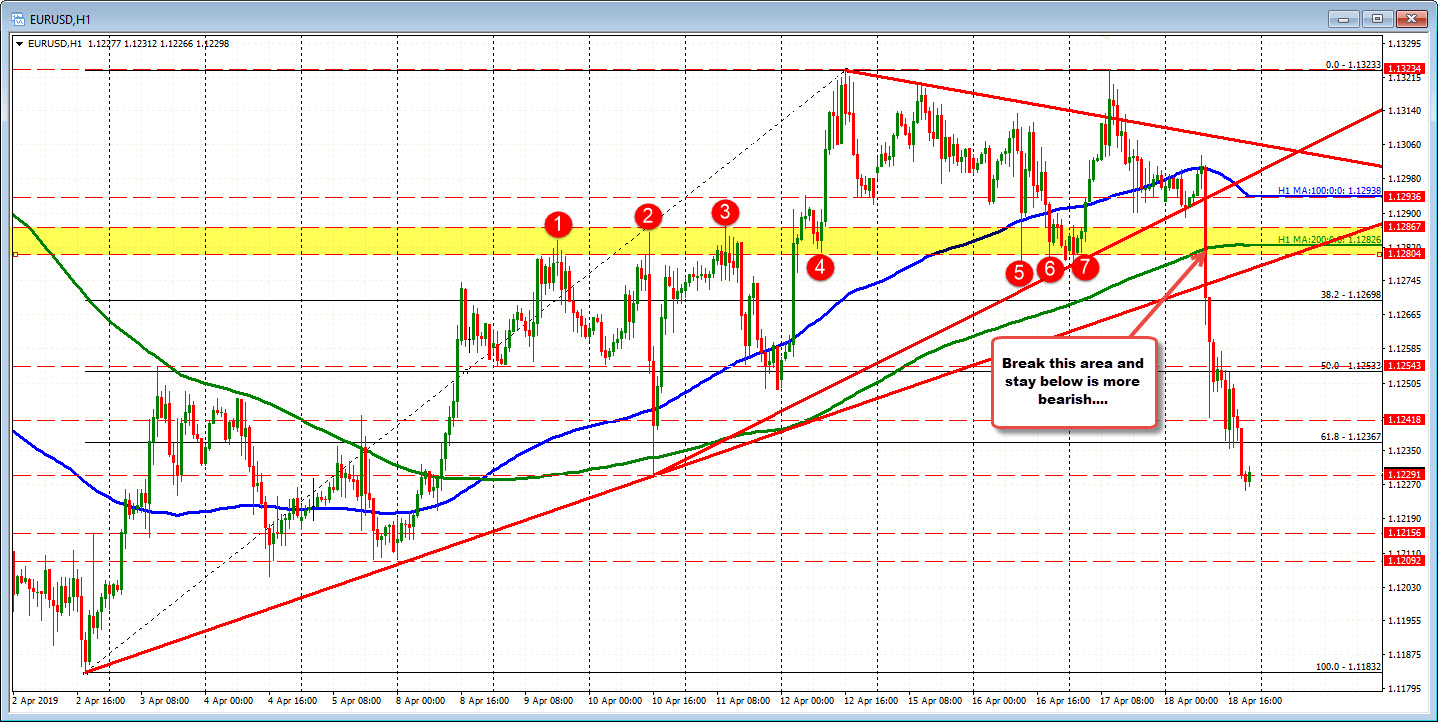 One of the things that James Holzhauer said when asked how he prepared, was that he "studied topics that he was most uncomfortable with".  He is already incredibly smart, but he had a desire to make himself better in things he was not good at.

He also said that there is a "limit to knowledge". You can't learn it all.  There is information that borders on the absurd in knowing.  For example, knowing all the Canadian birds in existence would be a waste of time, but knowing the Loon reside in every province and territory and is on the dollar coin, would be something too know, and a potential question (or answer).
In trading, if you know too much, you can lose track of the obvious.  You need to know enough to win the game but not too much to border on the absurd.
Know what you need to know in trading to win the game, and know it well.

In trading, the longer you do it, the better you become.

For example, through practice,  As you start to trade, you haven't done enough practice. You have not been punched in the gut, made all the mistakes, learned from your mistakes.  There is an apprentiseship in trading (one can argue you never get to the finish line as well).
Reading about winners on Jeopardy!, one of the consistent tips the best contestants shared is to go over the same things over and over and over again.
By doing this, in the heat of the games battle, it will allow your brain to read or hear the question, and go right to the possible answer(s).

In trading you need to anticipate.
In the hourly chart from above, it is easy to show - after the fact - what happened.  However, the most successful traders were already anticipating the potential break before it happened in that chart, and were "buzzing in" with a trade as it is breaking the 200 hour MA, or looking to lean against the level on a bounce
In trading, if you don't have an idea what the future looks like before it happens, you will be reacting too late.  You need to anticipate by being prepared on what to do.
Below is the minute chart of the price action from the EURUSD with the overlay of the 200 hour MA at 1.1282.  The price fell below the 1.1282 level on the weaker PMI releases to 1.1271 and then bounced to 1.1279 before moving lower again.
Why do we see that specific price action? 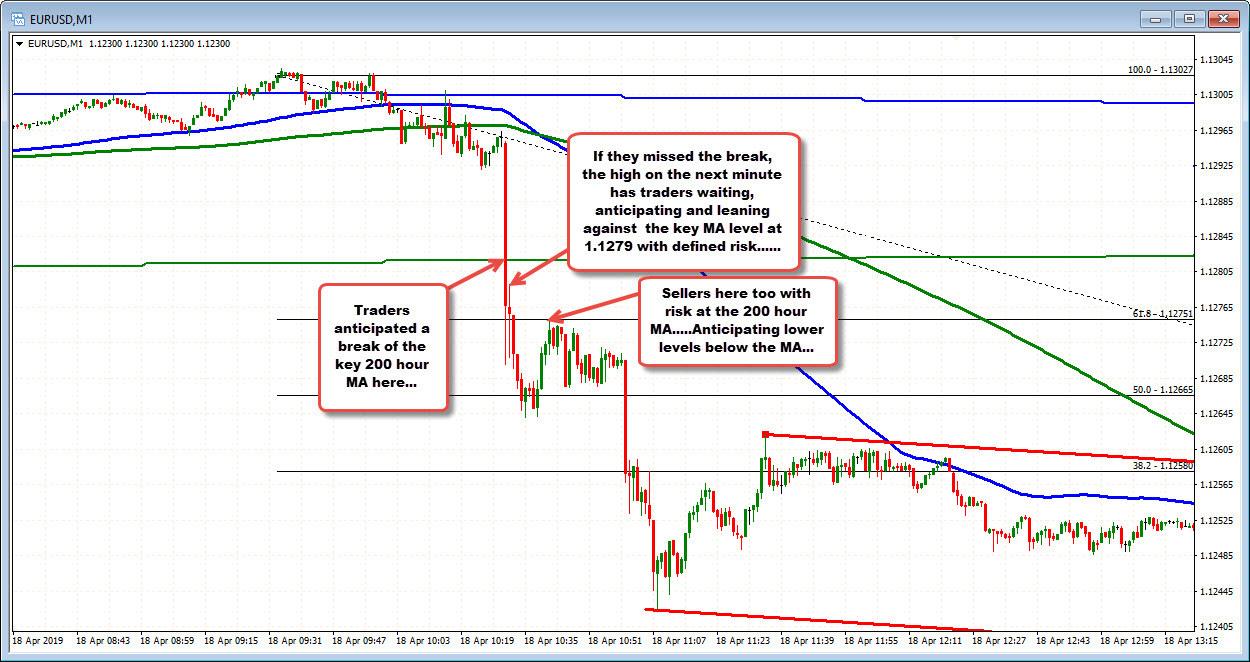 Traders, who anticipated, were waiting to sell below the 1.1282 and/or willing to sell on the correction against the 1.1282 (i.e. at 1.1279).  They were anticipating what might happen next after the break (with defined/limited risk too).  If the price moved back above the 1.1282 (say to 1.1288 oor 1.1289), they would likely bail.  The price never got there, and they rode the trade to the downside.
On Jeopardy!, the most succcessful contestants are already anticipating the answers under a topic. If it is Shakespeare, "Who is Rosencrantz and Guildenstern?" are right there in their brain.  If they are Masters golf experts, they are anticipating Jack Nicklaus, Butler's Cabin, Pimento Cheese sandwiches, Bobby Jones, Magnolia Drive, Amen Corner, Verne Lundquist, bikini wax (if you know the Masters, you can understand each of those).

Moreover, the best contestants are anticipating when to press the button.

You need to anticipate.

In trading, you need to read (both fundamental information and charts). You need to listen to "the market" through the price action.  You need to process, and finally you need to react.
Admittedly, most traders out there don't have the real-time headline news, but all do have the ability to read about other news that potential could move the market (Brexit, US China trade relations, etc).
I read Forexlive, the first thing every morning. I read the WSJ and other news sites.  I don't want to overload, but I need to read.
Being aware is part of being a successful trader. You need to read and understand.
If you don't have a real time feed for news (seconds and minutes do matter a lot of times but so does anticipation of price action), you always have the charts in real-time. Charts do tell a story that may be influenced by something fundamental that you don't even know about yet - or quite frankly don't even need to know.   The price action will always fit the story in tomorrows paper (or on the internet).  Believe me.
Successful traders read stuff.  That can be fundamental or simply charts.
Successful traders also listen to 'the market' through the price action and tools. The price action - and tools applied to the price action - do not lie.  If the price in the USDCHF is making new highs since March 2017, don't ask me "Is the USDCHF a sell?.  You are not listening to "the market", but are instead listening to the devil in your mind saying "sell because it is high".
LISTEN to what is happening. If the story changes, the price action and tools will tell you. I promise.
Succcessful trader also process and react. Processing and reacting are what you need to do to trade.  If you can't process and react, you are not going to trade.
The same is true for contestants on Jeopardy!.  They need to read and listen to the question, process the answer and react, by pressing the button and answering in the form of a question.
Read. Listen. Process. React.

The final thing I want to talk about is leverage.  I am a little hesitant to list this as most of you are not at the point where "leveraging up" is a good idea.   However, more experienced traders who have mastered all of the above, can successfully leverage positions.

In order to leverage a position, it should In Jeopardy!, the biggest differentiating factor with James that has allowed him to break all the 10 day records, is he has mastered 1 to 5 above.

James Holzhauer has a: He has all the skills.
So that allows him to leverage up.
Below are his statistics from the Daily Doubles over the first 10 days: