By almost any measure, Germans should be dancing in the streets regarding QE, membership in the eurozone and weakness of its neighbours

Here are eight reasons why Germans should be celebrating the euro and quantitative easing measures announced by the ECB like they won the World Cup. 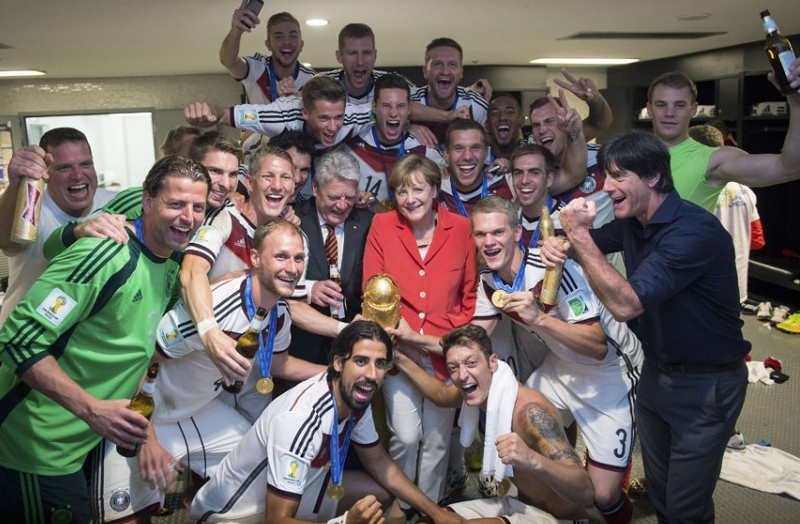 QE and the euro are the real wins for Germany

1. Germany is an export-oriented country and without the euro its currency might be doubled, making much of German industry uncompetitive and leaving millions jobless.

2. Instead, German unemployment is at record lows. 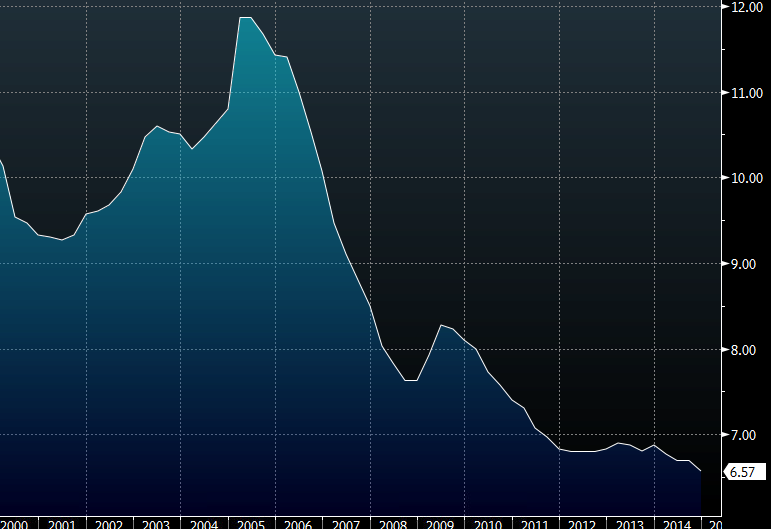 German unemployment is at record lows

3. The German government is a heavily indebted but  able to borrow for 10-years at 0.36% because of QE.

4. Germany has never lost a cent due to bailouts of its neighbours.

5. The Eurozone allows Germany to expand its political reach. Merkel is arguably the most-powerful politician in the world and has essentially dictated policy to periphery European nations.

6. The good news keeps coming. Del Speigel reported on Friday that Germany is likely to have a record current account surplus due to the weak euro and low oil.

7. The crisis in the periphery has driven the euro down further and forced Switzerland to abandon its currency peg, giving German exporters a massive advantage over Swiss rivals and sparking talk of Swiss firms moving to Germany.

8. Germans have a national psychosis relating to fears about inflation because of an episode nearly 100 years ago. They need to get over it. Since the creation of the euro, German inflation has averaged 1.7% year-over-year and is currently at 0.1% y/y.

Here is a sampling of some of the reaction of the German economic elite after the ECB announcement:

Meanwhile, executives at Seimens, BMW, Mercedes and BASF will watch their sales soar.