EUR/CHF technical analysis (this is a bit dated)

Via Société Générale's FX Weekly is this on EUR/CHF

Its dated 27 July, so a little prior to the later part of the surge. EUR/CHF has already hit the first target SG mention, and the second - but pderhaps this will be of some interest.
EUR/CHF has defended the lower limit of a multi-month descending channel and the lows of 2016 at 1.0622, as well as the 61.8% retracement of the up-move from 2015, and formed an inverse head and shoulders pattern.
Its Elliot Wave analysis, so perhaps the ForexLive EW people can weigh in with a 'What's next'? 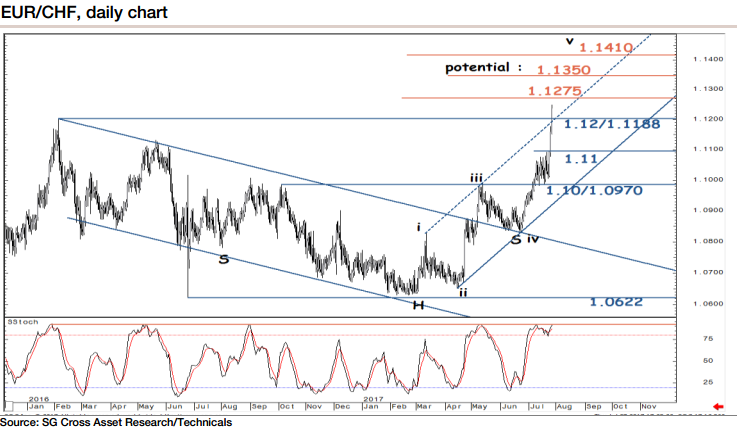