The EURJPY raced higher today with the run higher in the JPY pairs.  The run to the upside was supported by technicals on the hourly chart that saw the pair extend above a number of swing lows and highs between 128.74 and 128.938. The price also cracked above its 100 hour moving average near the high of that range (blue line in the chart below).

The typical momentum continued on the break of the downward sloping trendline and the 38.2% retracement 129.192.
The pair buyers met topside resistance after cracking above its 200 hour moving average at 129.383, but falling short of the important 50% midpoint of the move down from the March 18 high at 129.471.  Buying stalled and the price has seen a drift back to the downside (and to the broken 38.2% retracement).
Going forward, hold the 38.2% here and another run toward the 200 hour MA and 50% may be in the cards (it is Friday though so there could be some slowing of trading).  Move below the 38.2% and we could see a rotation back toward the underside of the broken trend line.
Drilling to the 5 minute chart, the intraday upside momentum is being tested by the rising 100 bar MA at 129.197. The price just tested that level, and rotated marginally higher, but what is also evident is the momentum slowing near the 200 hour MA (overlayed).   The 38.2% to 50% between 129.14 to 129.04 of the last move higher will also be eyed. 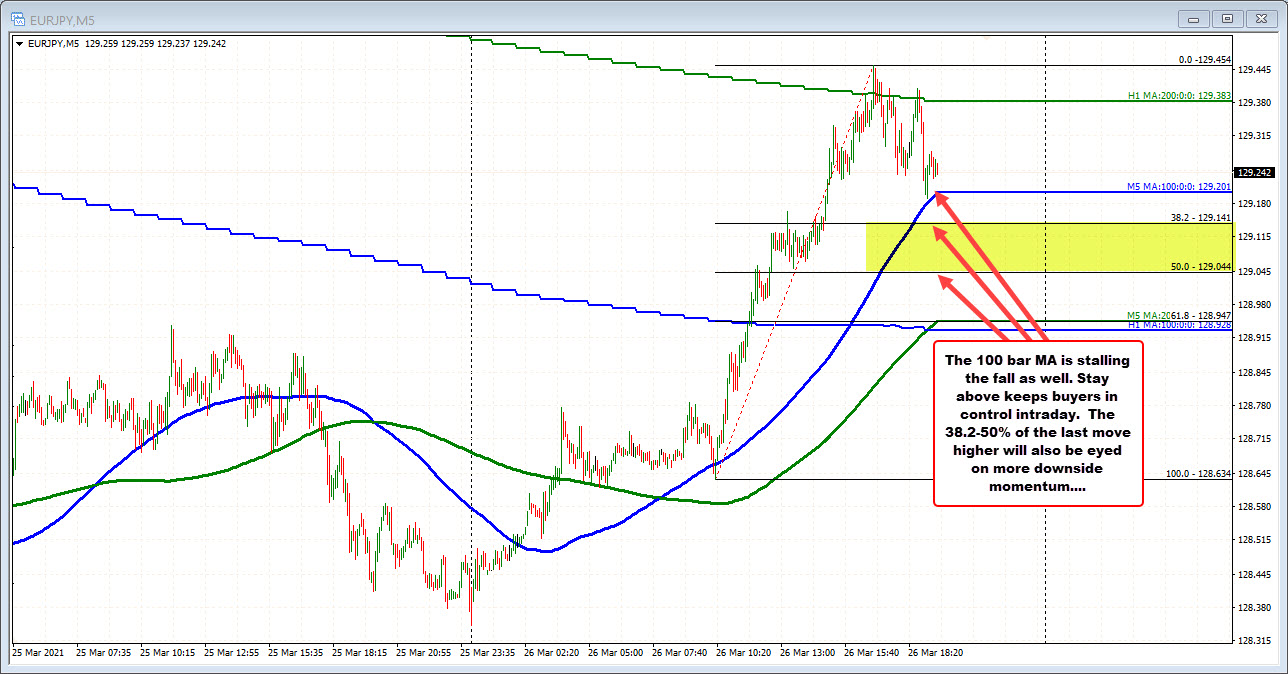