EURUSD corrects the gains seen over the last few days

The EURUSD trended higher over last few days. The largest corrective move came after the comments from White House's Peter Navarro in the Asian session yesterday. That move lower was quickly retracted (the price rebounded back higher) after getting close to the broken 100 hour moving average (blue line in the chart below). Recall that on June 17 and again on June 19, the price stalled against that 100 hour moving average. Finding support buyers against that level give the buyers the incentive to push higher.. 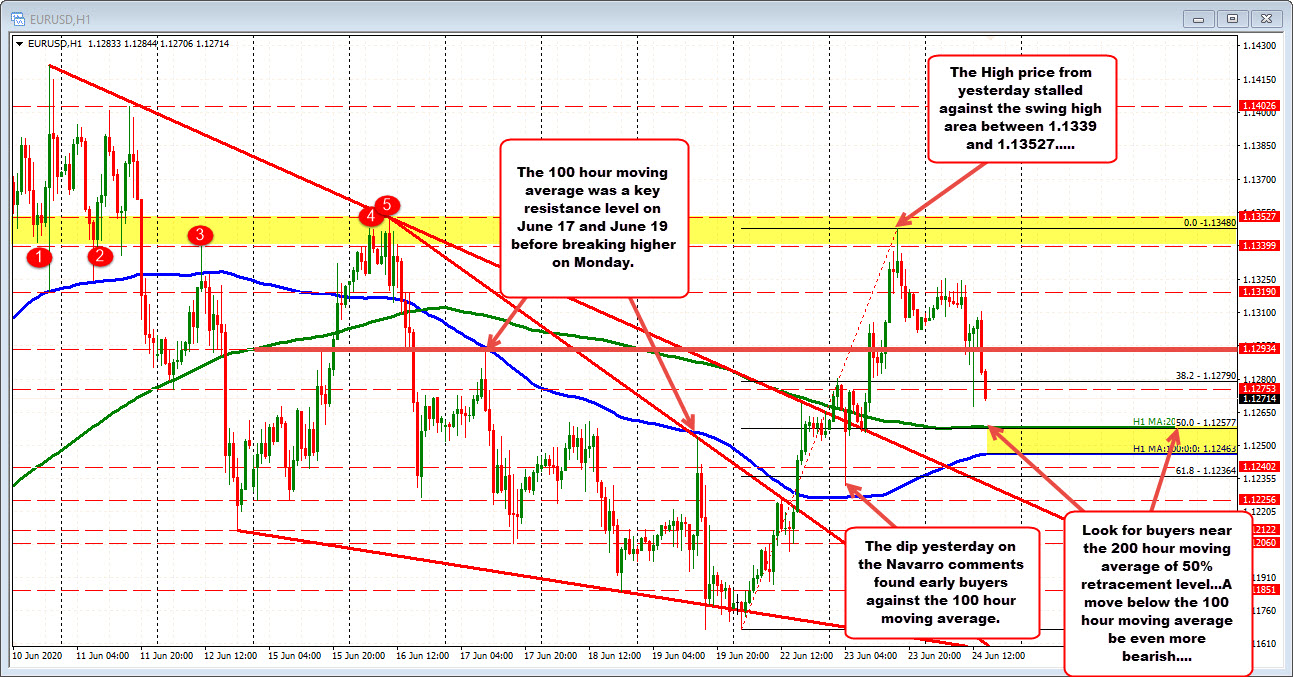 The move to the upside did reach a limit near swing highs from June 12 and June 16 between 1.13399 and 1.13527. The high price stalled between those levels at 1.1348.
The move down has been somewhat orderly with lower lows and lower highs. The current price has just moved below the 38.2% retracement of the move up this week at the 1.1279 level. The earlier London session low at 1.12678 is targeted followed by the combination of the 200 hour moving average and 50% retracement at 1.12577. That dual support level is a key target on the downside. There should be buyers lean against that level on a test. A move below it and the subsequent 100 hour moving average at 1.12463 would likely lead to more selling pressure as buyers give up and sellers take back more control.
The sellers have been dominant since the ceiling stalled the rally yesterday, but coming back into key support area defined by the moving averages and retracement levels.
For bank trade ideas, check out eFX Plus