(Note: this is from late last week – not from 26 Jan as my tweet said … fat finger there sorry)

More from Goldman Sachs, this time an Elliot Wave look at EUR/USD.

I’m not much (none) of an Elliot Wave person, but here is what GS are saying: 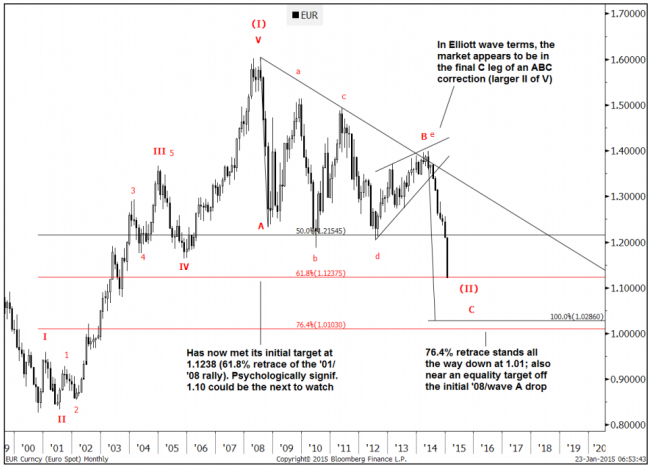