...falls back lower in London trading.

The end of last Thursday and into Friday saw the EURUSD correct some of the decline from the FOMC decision and Yellen comments on Weds/Thurs.  (PS Yellen gives a commencement address today on jobs at 1:30 PM ET/1830 GMT). 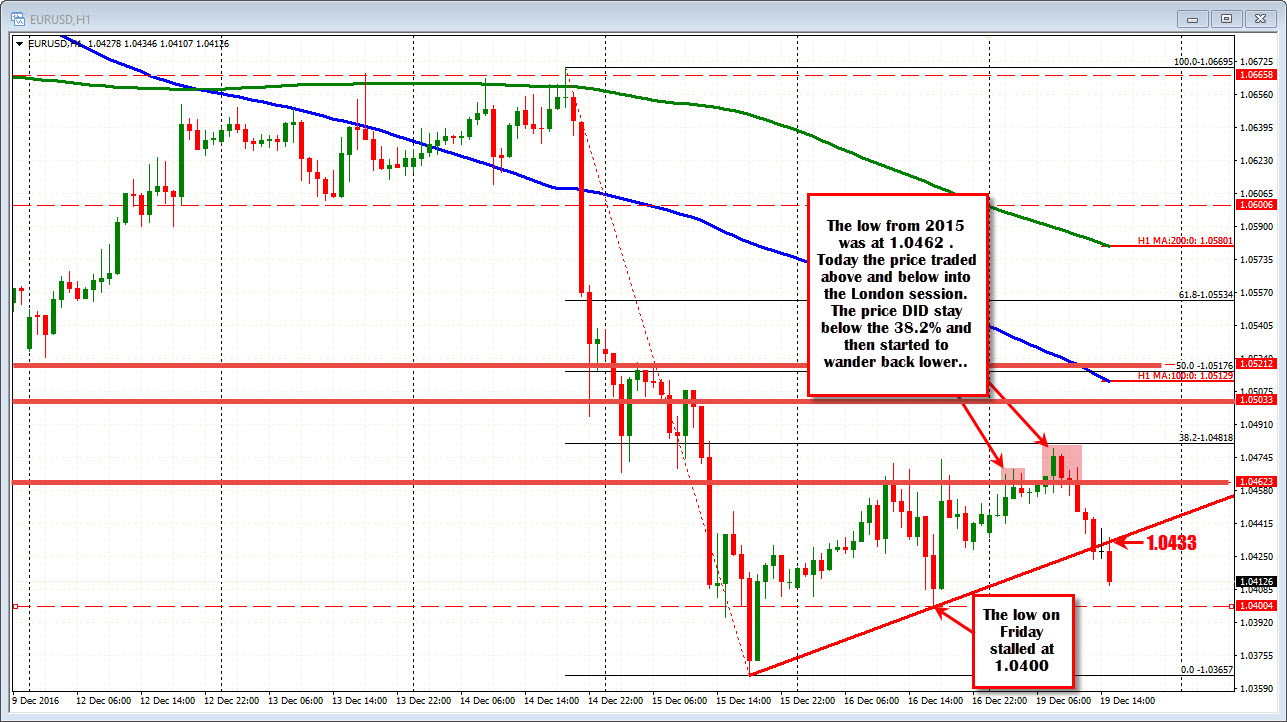 That correction higher continued in trading at the start of the day. The move higher saw the pair extend back above the 2015 low of 1.0462.   The high nearly extended to the 38.2% of the move down from Wednesday's high (at 1.04818 - the high reached 1.0479) but sellers returned to push the pair back lower.
Once again the attempt above that old line failed.  Admittedly, it would be "cleaner" if the market was more reactive to the low level.  The price moved above and below the level on 8 separate hourly bar lines today, but perhaps it is the holiday week/end of year flows that can make liquidity conditions more on the light side Be aware of that this week.
Nevertheless, the pairs downside has restarted and we trade near low levels . The low from Friday stalled right at the 1.0400 level (nice round number) and that is the next target (the low has reached 1.0411 so far).  According to Mike's option expires today, there is nothing special about the level today.
Watch for overhead resistance at the 1.0433 level (broken trend line on the hourly chart above).   The 50% of the day's range today is 1.0445 and the close from Friday was 1.0446.   So that level should also be a ceiling IF sellers are to remain in more control.   A move below the 1.0400 will look toward the low from last week at 1.0365. 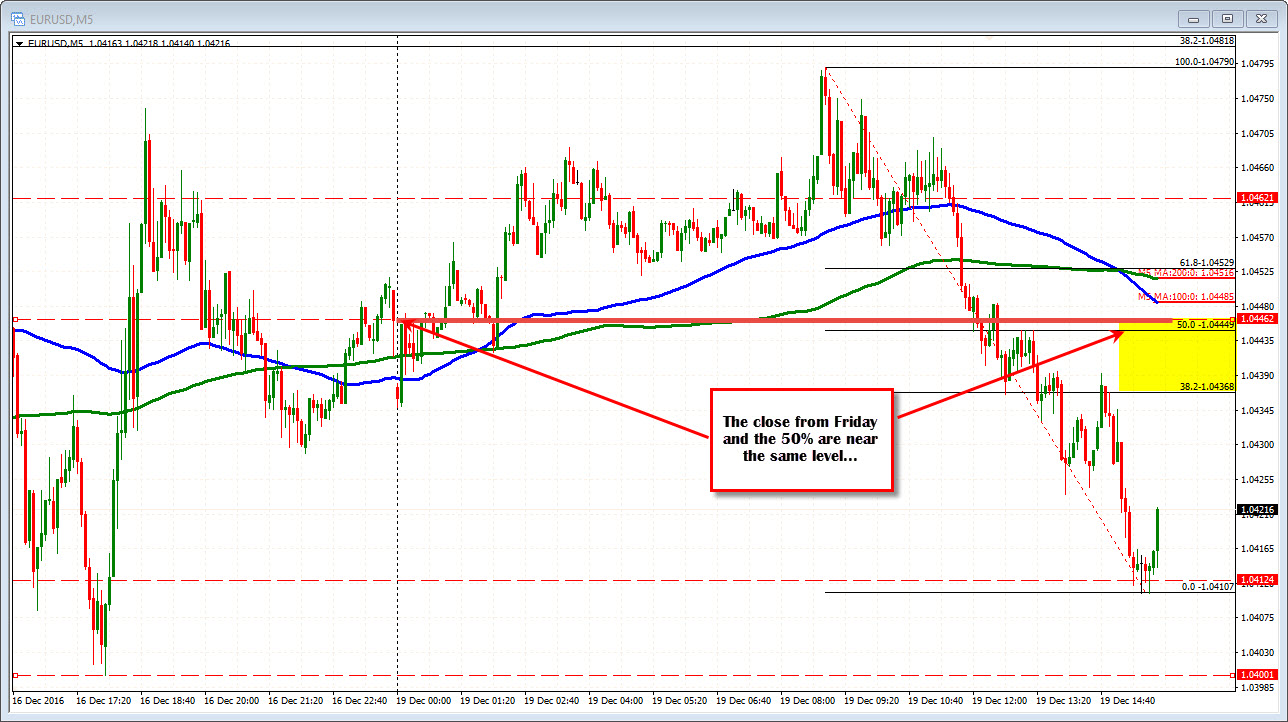