The NZ Trade balance will be released at 2145 GMT/5:45 PM ET. The expectations are for a -825M deficit.  A weaker than expected release should weaken the NZDUSD, while a stronger should strengthen the currency.  Be careful though as the mix of exports and imports is also important. For example, if both are stronger than expected but the deficit is also greater, it could be more bullish for the currency anyway.  Also the RBNZ does announce there interest rate decision on Thursday (local time/ Wednesday US time). The official cash rate is expected to remain unchanged.  However, if there is a big surprise from the baseline case, there could some significant movement one way or the other. 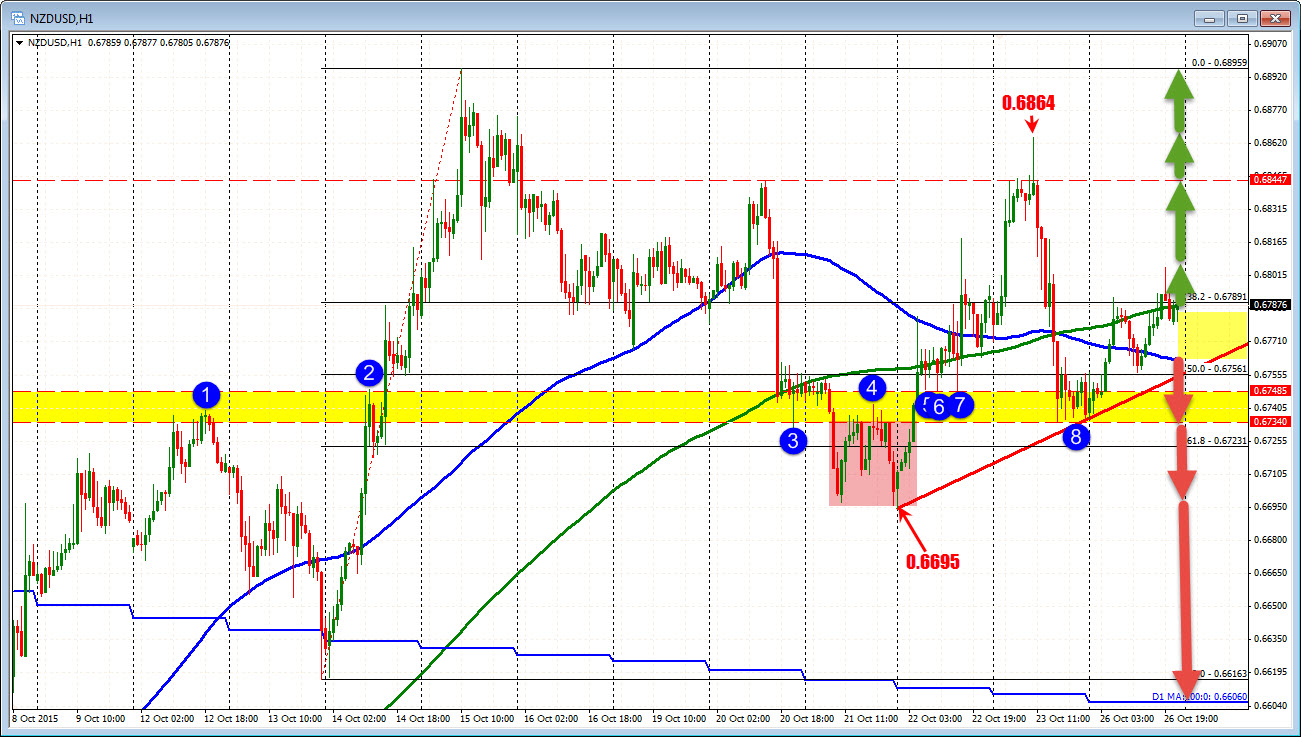 Technically, the NZDUSD extended above the 100 day moving average on October 8 and is closed above that moving average since that time (it is currently at 0.6606). The high over the period came in at 0.68959 reached on October 15.
Since peaking, the price has moved lower to 0.6695 and then back up to a high of 0.6864 on Friday midday before tumbling back to 0.6734 toward the close on Friday.
Today, the price is back higher and has traded above and below the 100 hour MA and 200 hour MAs (blue and green lines for most of  the day.
Of course, heading into the data, the risk is increased. Who knows what the data may bring.  However, traders can plan for the trade.   If the data is stronger than expectations, look for the price to extend away from the 200 hour MA (green line in the chart above) at 0.6788 currently.  The next targets will look toward the recent swing highs at 0.68447, 0.6864 and then the October high price from October 15 at 0.68959 (lets call it 0.6900). A move above 0.6900 would may have traders thinking toward the 200 day MA at the 0.7026 level - over time at least (and given the 0.6900 level remains as support).
ON the downside, there are a cluster of support levels that get in the way between 0.6763 and 0.6734. They include:
The targets will become irrelevant if the data comes in as expected.
Overall, the last month of trading has seen a rebound in the NZDUSD.  Higher risk tolerance from better stock markets may be part of the catalyst.  However, data