Forex technical analysis: USDJPY moves to the red on the day.

The USDJPY has continued to wander lowers and has now moved below the close from yesterday that 112.85. So we are now in the red.  The pair is also trading at new London and NY session lows. The low for the day reached 112.74 in the early Asian session.  After consolidating above and below 200 bar MA (green line), the trend line and 38.2% on the 5-minute chart below, the sellers took charge and pushed lower.
US yields have come off highs. The 10 year moved back down from 2.329% high. It trades at 2.345%.
The pair is testing the 61.8% of the move up from yesterday's low at 112.795. 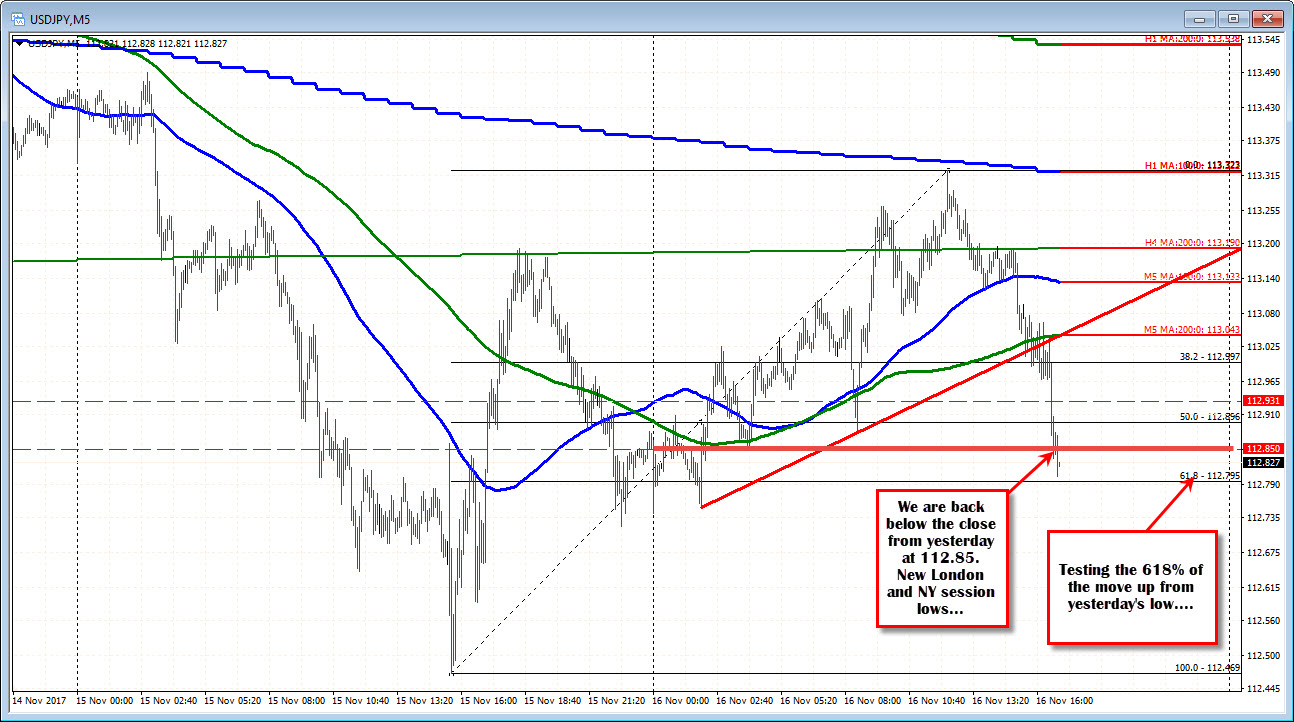