GBP/JPY is on a remarkable run 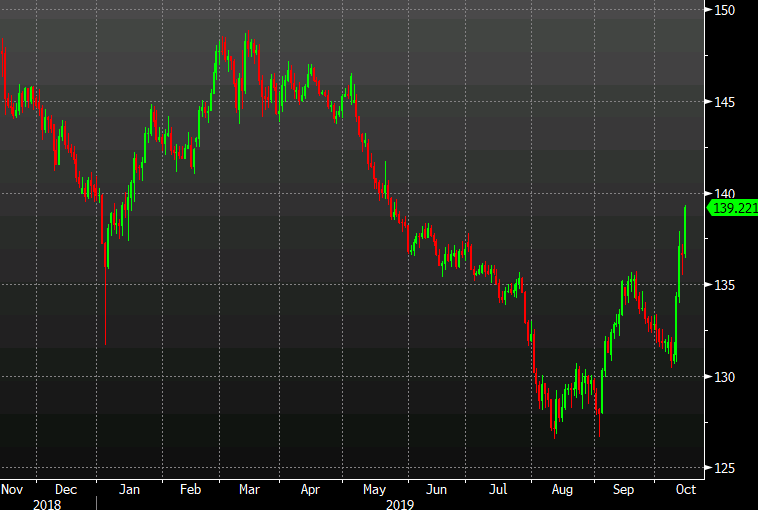 The best place to see the combination of the turn in sentiment on Brexit and the US-China trade deal is in GBP/JPY. The pair has rallied to 139.24 from 130.73 early on Friday.
That's a monster rally by any standards and captures the squeeze in the pair. Once again today it's the best-performing duo in a signal that there might be more of a squeeze left.
In the bigger picture, we're now at the highest levels since May and resistance has now turned to support. The 135.66 level proved to be the retracement to buy this week and unless talks fall apart, I don't think we will see that again.
Instead, look to the 137.80-138.00 range as an opportunity to buy.