GBPUSD corrects the run up over the last few trading days

The GBPUSD resumed a run higher last week, on more hope that the Conservatives would regain a majority in the House of Parliament and that would allow for a smooth Brexit transition (hope springs eternal). 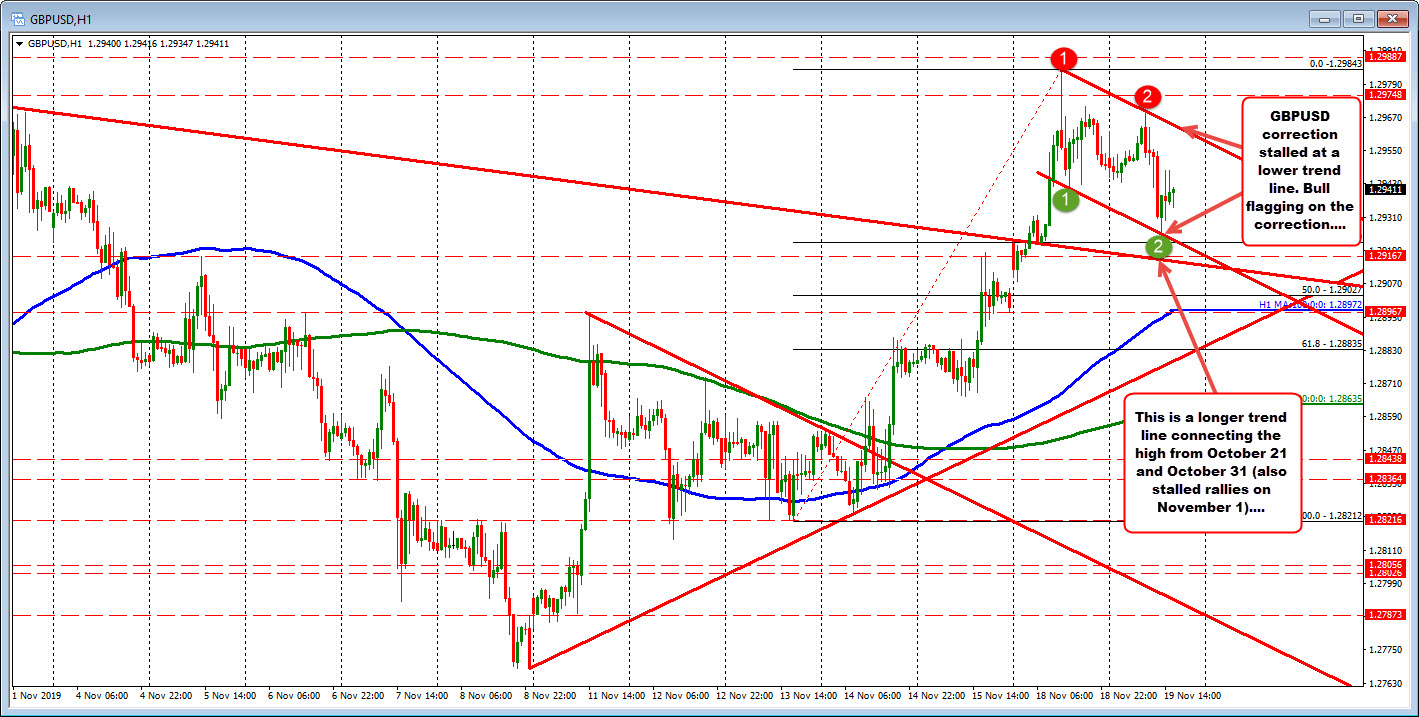 Today, however, there is a corrective move lower that took the price to a lower parallel trendline. In technical jargon, the pair is forming a bull flag after the run high from the November 12 low.
In theory, the price is supposed to base and break back to the upside. However there can also be a failure. As a result, treat each of the trendlines as risk defining levels.
Working in the bulls court technically is that the correction stalled ahead of its 38.2% retracement at 1.2922. Not being able to break below that minimum threshold on a correction is showing the sellers are a bit cautious. As a result, the bulls do maintain control despite the down day.  Putting it another way, the sellers have more to prove.
The topside trend line currently comes at 1.2963. A break above would target the high from yesterday and other highs going back to mid-October at 1.29887, 1.29996 and the most recent high price from October 21 (not shown) at 1.30116. That was a highest price going back to May 13.
On the downside, the lower trend line comes in around the 38.2% retracement at 1.2922. A break below both would target a longer-term trendline broken yesterday at 1.29143 (see hourly chart above). Moves below each of those levels would likely solicit a run toward the 100 hour moving average at 1.28972 currently (and moving higher).
For now however, the bulls in control above the lower trend line, and the bull flaggers are hungry for a break above the topside trend line.