The GBPUSD that's great to 50% of the move down from the January 31 hi to the February 10 low. That level comes in at 1.30398. The high price today reached 1.3045.  The price has waffled higher lower after reaching that level.
The GBPUSD has been helped today by the ousting of the Chancellor of the Exchequer Javid and replacing them with Rishi Sunak, the chief secretary to the Treasury.  Sunak is more in line with the Prime Minister's fiscally stimulative ideas. 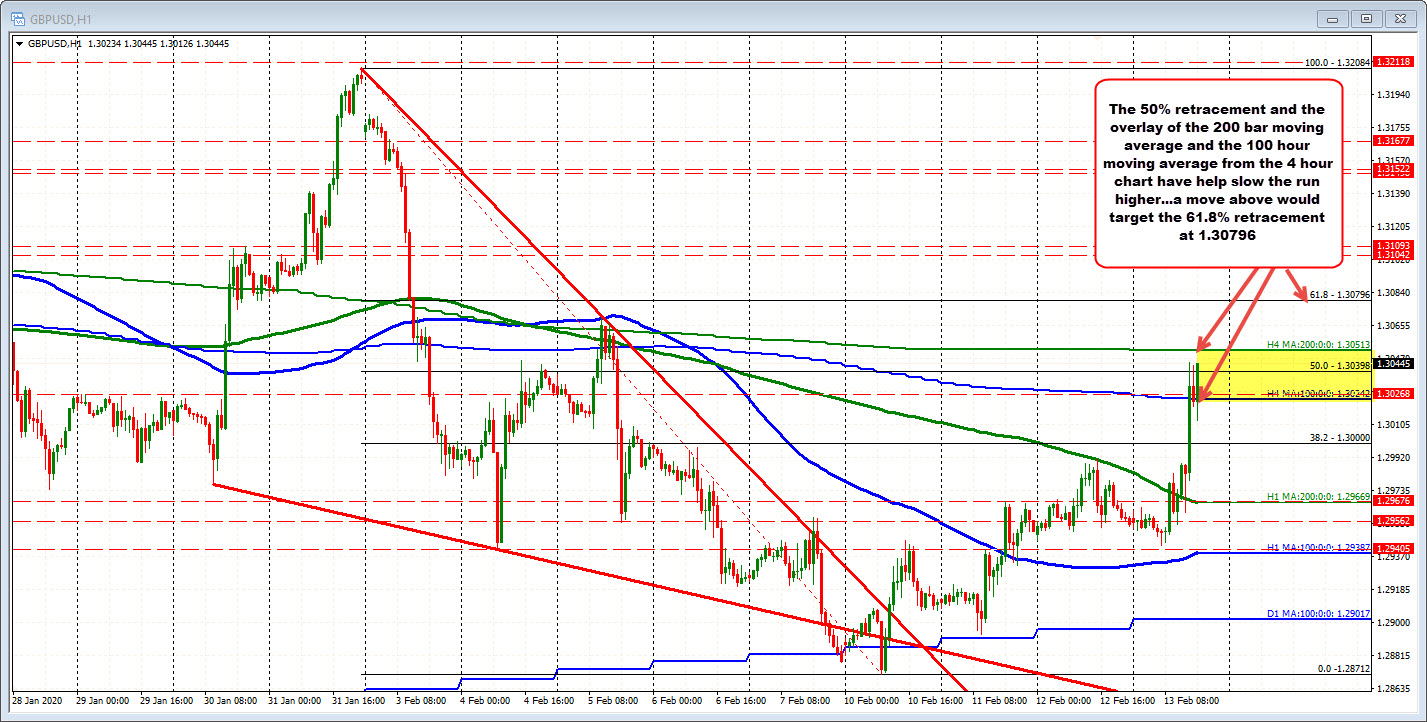