GBPUSD is the biggest mover today

The GBPUSD trades just off its high level of the day at 1.29803. The pair is up nearly 100 pips on the day or 0.75%. The pair is also the biggest mover of the day as the GBP is the strongest currency, while the USD is the weakest of the majors. 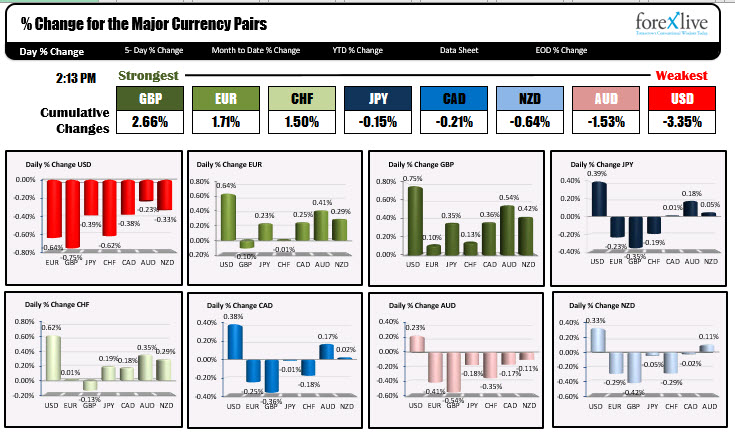 Technically, the price is just above its 200 hour moving average at 1.29761. For the day, the price extended
Each level increases the bullish bias for the pair.
For the week, the price is still below its last Friday closing level at 1.30447. The high price for the week was on Monday at 1.3053. The low was reached just yesterday at 1.28477.
The sharp move higher today was helped by better PMI data at of the UK. The manufacturing index rose to 51.9 from 49.7. Getting back above the 50 level gave buyers more confidence. Dollars selling today is also contributed to the pairs move to the upside as well as more bullish technical moves. 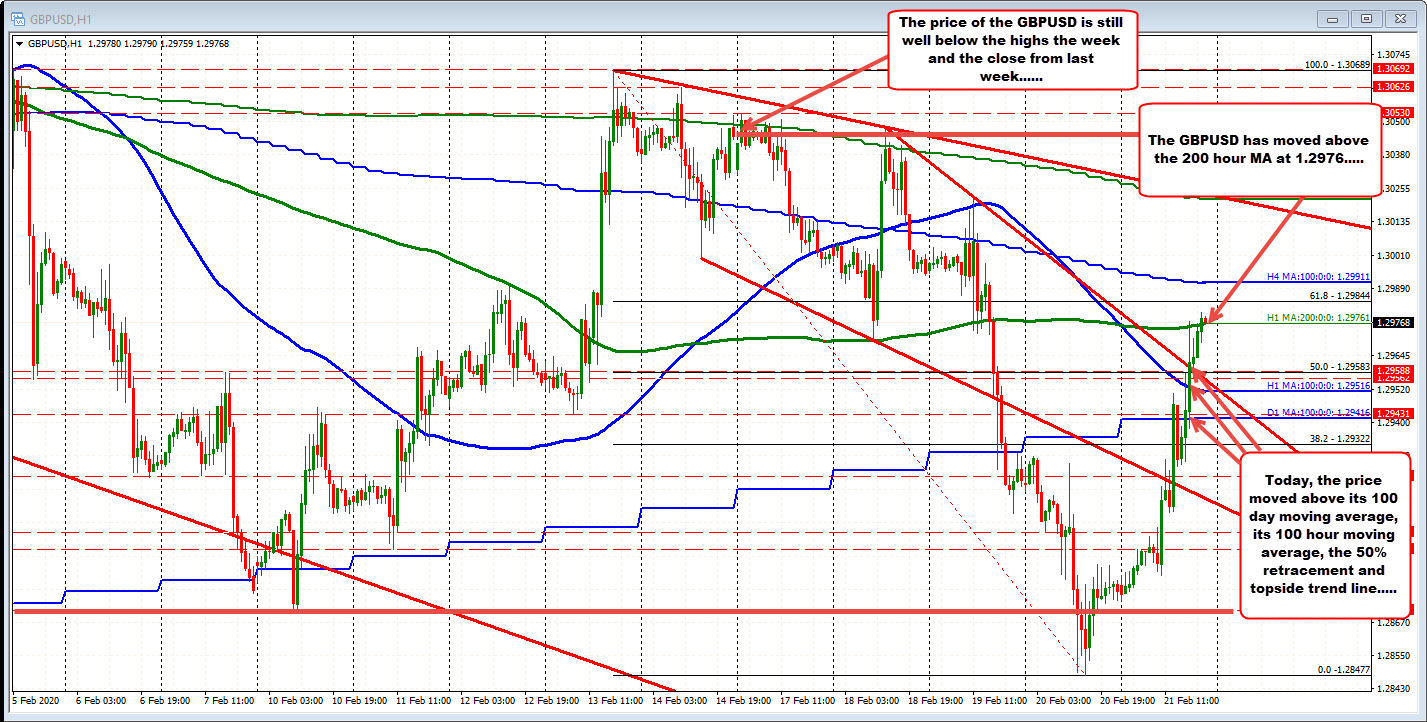