The GBPUSD is trading between converging extremes. 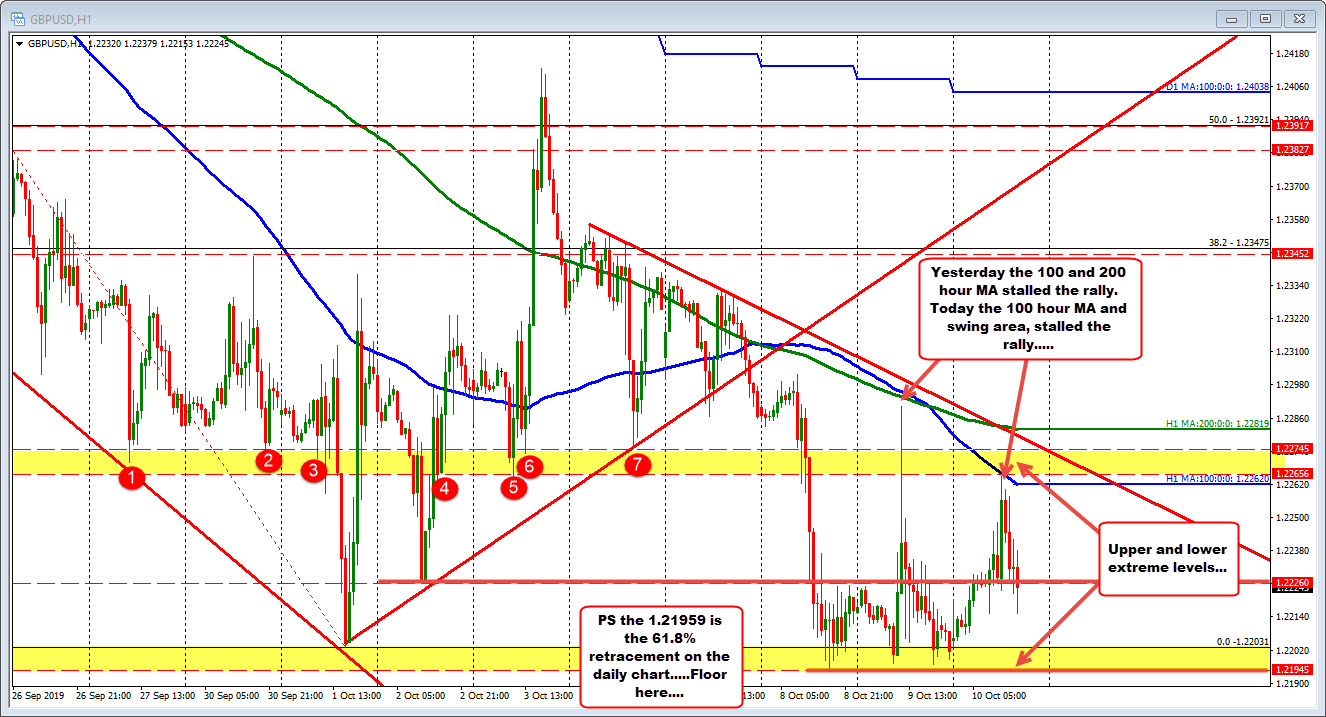 The topside extreme is defined by the 100 hour MA (blue line in the chart above).  Yesterday, the 100 and 200 hour moving averages (blue and green lines) stalled the spike higher. The price reversed lower.
Today, the same but lower 100 hour moving average (blue line) was joined by recent swing levels at the 1.22656 to 1.22745 area) to stall the rally.
Needless to say, the 100 hour moving average is helping to put a lid on rallies in the GBPUSD.
On the downside, the 1.2203 level was the low from October 1. This week, lows has reached as low as 1.21945. Yesterday and earlier today, lows were in that 1.21945 to 1.2203 area.  That is the lower extreme for the pair.
Looking at the daily chart below, the 61.8% retracement of the move up from September comes in at 1.21959. So technically, that retracement, and the recent swing lows in October are defining the low floor. 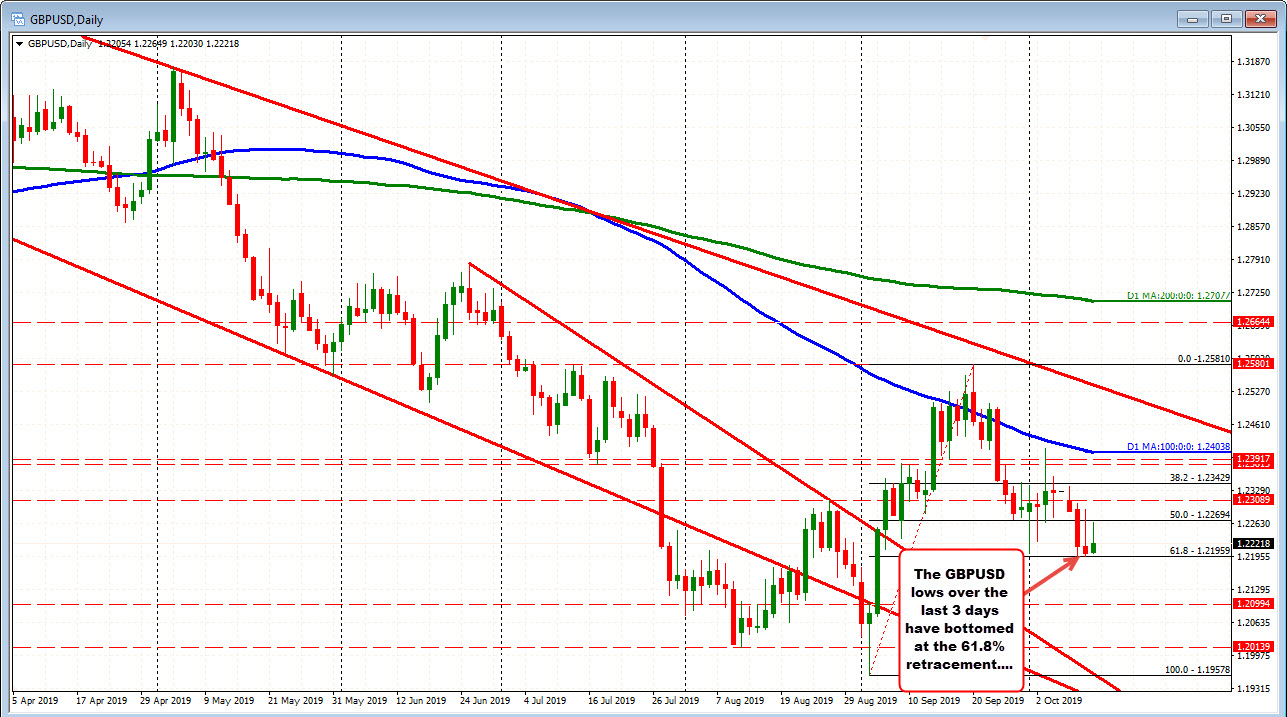 Overall, the trend over the last month has been more to the downside, and the price remains near the lowest level since September 4. The shorter-term 100 hour moving average, has been able to stall rallies over the last 2 days at lower levels.
Could the price stalled again at the support level. Yes. So be aware for buyers on dips against the lower extreme with stops below. However if broken, the door should be open for further downside momentum.
It would take a move back above the 100 hour moving average, to discourage sellers intent on pushing the pair lower. That is the minimum move that should discourage some of the bears.
ForexLive