Gold is at the lows of the day after a Fox Business report saying China is ready to do a trade deal on the things they agree on with the US, while setting a timeline next year to negotiate more-contentious issues.
I think the market might have this one wrong.
Trump has said many times he wants a big deal or no deal. This also confirms the earlier Bloomberg report that was risk-negative (and gold positive) in saying that China isn't putting some critical things on the table.
The trade might be to buy this dip in gold but what what I don't see is any solid support nearby. We broke through the 55-day moving average but that was cut twice last week anyway. There are also a series of lower highs since the start of September. 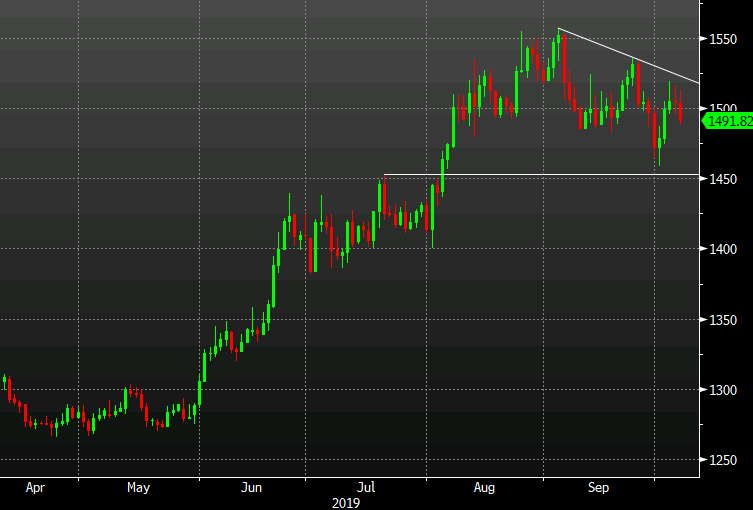 Ultimately, the message here might be to wait-and-see. Everyone has been wrong-footed on so many trade headlines and we're now only a few days away from a real meeting.
ForexLive