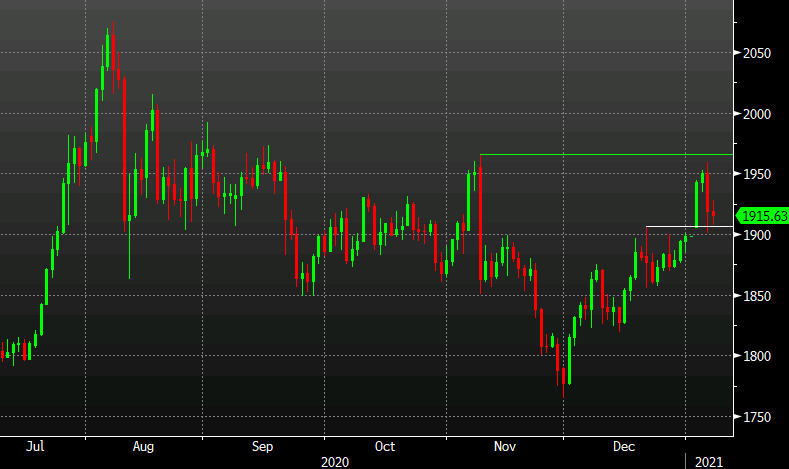 Gold surged to start the year but it gave much of it back after the Senate election and now it's gone quiet in the $1915 range.
There was a brief round of buying yesterday at the height of the Capital Hill riot but that fizzled. There was also some modest selling at the start of New York trade that never got anywhere.
I think the backdrop for gold is unambiguously good for gold now with deficit spending set to surge in the US and just about everywhere else.
With Democrats taking control of the Senate, here's a reminder of how gold did last time the Dems controlled the House, Senate and White House, which they held through 2010 when they lose the House. 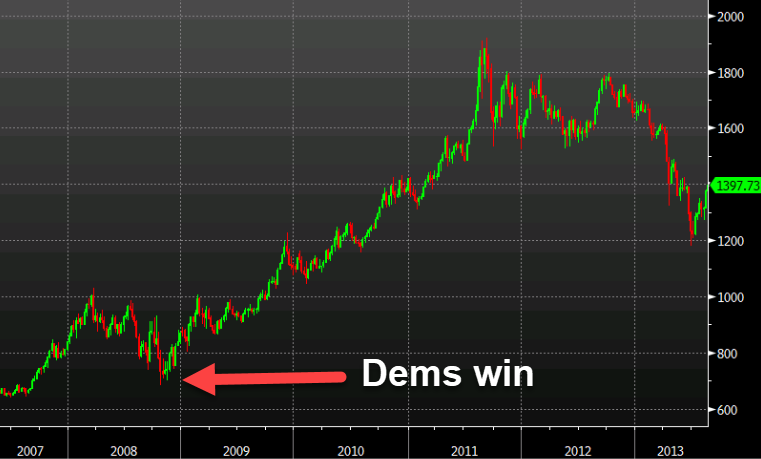