Gold reverses with the dollar.

As the dollar goes, so does the value of gold (in the opposite direction).

The dollar has reversed higher (was modestly lower at the start of the day). The greenback is still behind the NZD as the strongest of majors, but it is catching up. 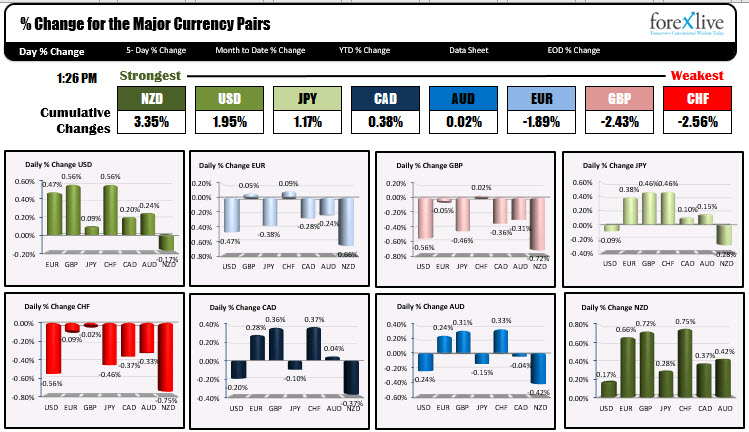 That has helped to reversed the trend in gold as well. 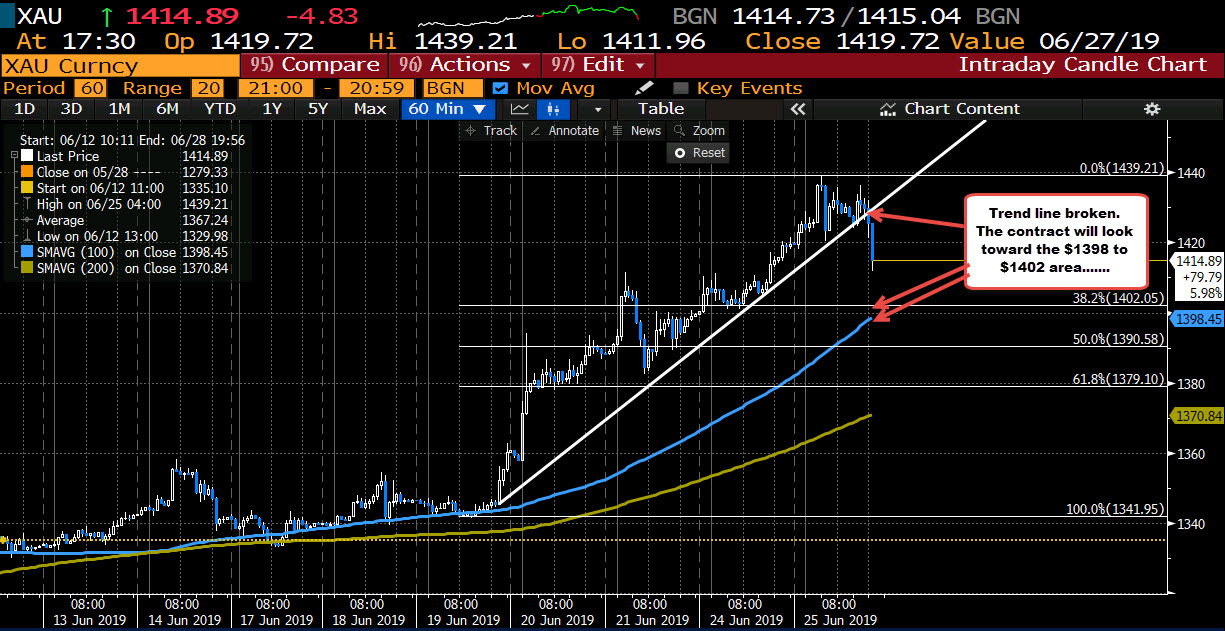 Looking at the hourly chart above, the contract has moved below a trend line on the headlines, triggering stops and a run lower. The next key levels come in at the $1398.45 level (100 hour MA), and the $1402.06 (38.2% retracement).  The low is still only $1411.96. So it is not exactly knocking on the support door. However, if the bias continues, those levels will be key for both the bulls and the bears.  I would expect willing buyer against the area (it is a nice round level too) with stops on a break.
ForexLive