Did Goldman sell Uber shares at the lows? It looks that way....

It was reported today that Goldman Sachs sold some 10M shares of Uber in the "4th quarter". More specifically, it was reported that Goldman, which reported earnings Wednesday, sold at the earliest opportunity. The post- IPO lockup period for share sales was on November 6th. 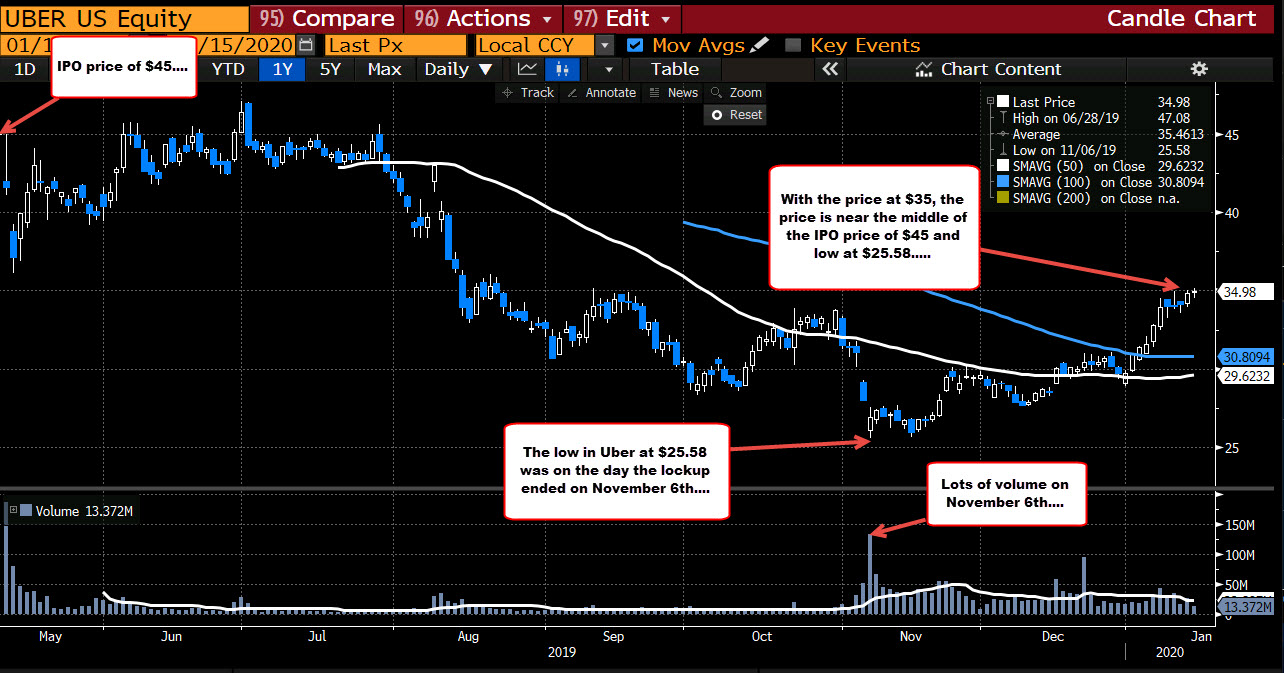 Looking at the daily chart, Uber's IPO price was set at $45. It started to trade on May 10th. On that day the high reached $45. The low was $41.06.  The all time high price reached $47.08 on June 28th.
The low for the stock reached $25.58 on November 6th - the date that the lockup ended.  Did Goldman sell at the low?  It seems that way, but you never know if they sold some over-the-counter ETF -like shares to some other party.  However, the physical shares were indeed likely sold at or near the lows.
Should we all cry for Goldman?
No, they were an early investor in Uber pre-IPO, so their price was not likely up at $45 but something much lower. However, with the price today at $35, they likely left some money on the table.   The price today at $35 is near the middle of the $45 IPO price and the low at $25.58.
The real losers were the investors who got in at the IPO price of $45. I count 9 days since the IPO where the price traded above $45.  The shares highest price was at $47.08.  The price has been below the high price today at $35.14 since August 21, 2019.