We look at seasonal patterns in markets in January and reveal three top seasonal trends for the month:

#2: January is no month for cable bulls 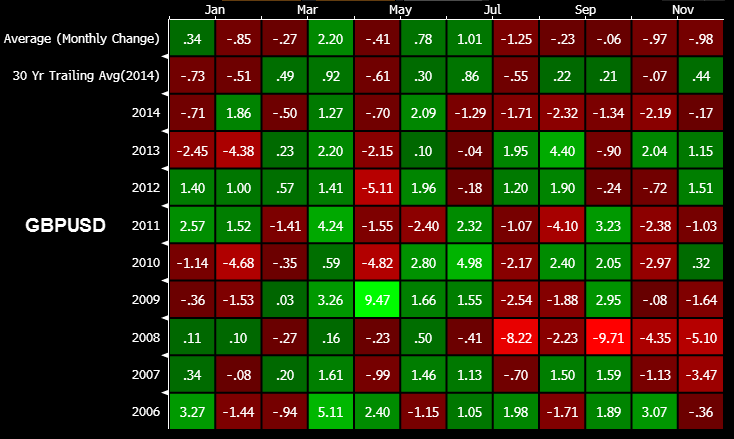 For Bank of England Governor Mark Carney, 2014 will be remembered for the Mansion House speech. He said rates could go up sooner than markets expected, and that shifted the rate hike conversation to January/February with tail-chasing economists quickly changing forecasts.

Here we are at the start of the new year and rate hikes aren’t even on the horizon. Most of Carney’s miss is priced into the 15-cent fall in cable since mid-year but perhaps not all. January is the worst month for the pound sterling over the past 30 years and February is poor as well.

GBP/USD is poised to close out the year on the lows and that alone points to a tough start to 2015. Toss in the weak seasonal factor and the likelihood of more weakness in the eurozone and you have a potent mixture for a weaker pound.