NZDUSD rebounds a little into the rate decision

9 of the last 13 days (including the last 4 in row) have been lower. Today the NZDUSD is higher

The NZDUSD has been moving lower since peaking on December 31 at 0.67549. The price reached a new 2020 low today at 0.6377, but is seeing a modest rebound ahead of the Reserve Bank of New Zealand interest rate decision in the new trading day.
The price action has been down in 9 the last 13 days including the last 4 days in a row (today will break that string). 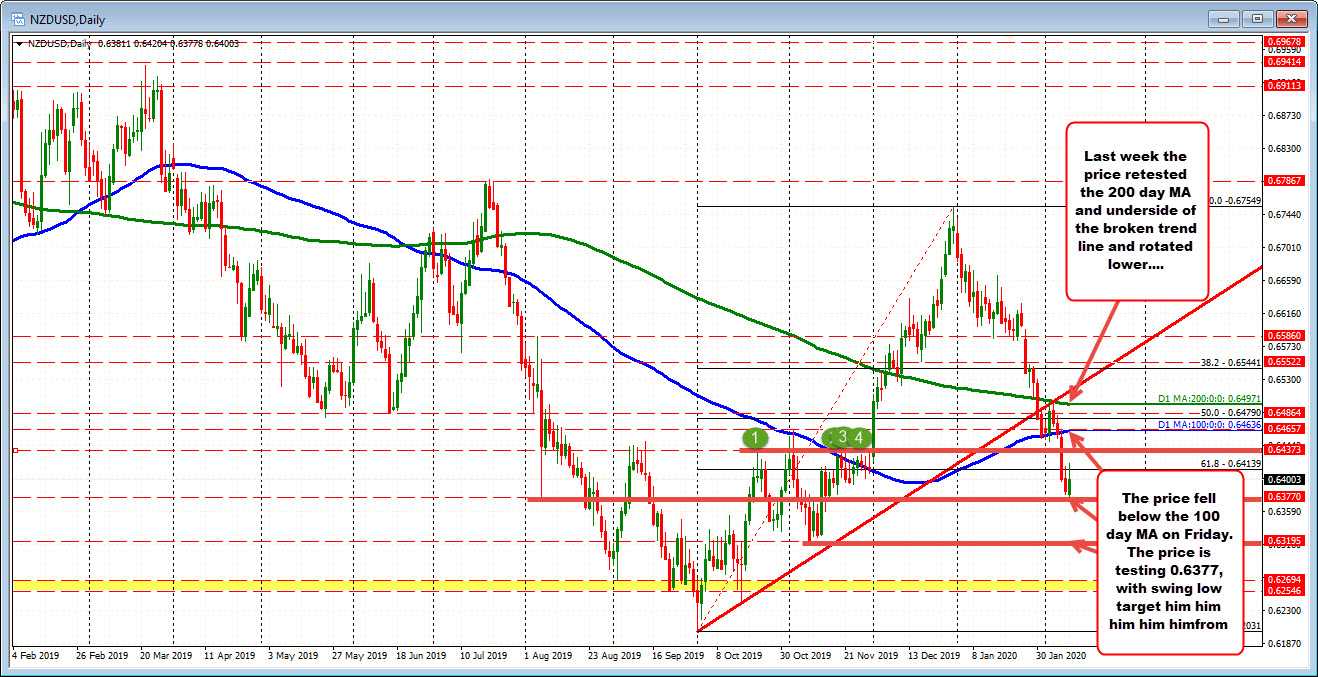