Oil falls to lowest since Nov 1 on Russia talk. What's next

Oil down more than 3% 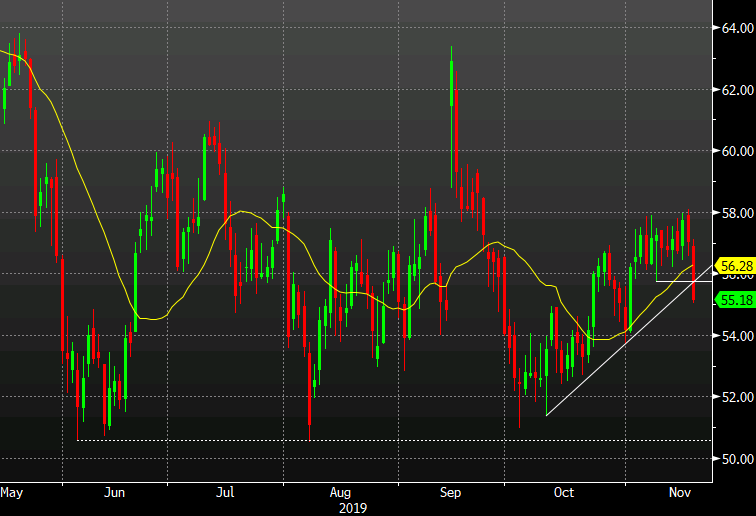 Russia isn't inclined to cut production more deeply at the December 5 OPEC meeting and that means the market is likely to remain oversupplied in early-2020.
A Reuters report early in US trading cited three sources who said that Russia was unlikely to agree to lower production during the winter months.
Since then it's been a slow burn to the downside in WTI crude that has now extended to the lows of the day at $55.10. That's a decline of $1.95 or $3.4% in the worst one-day decline since Sept 30.
The drop today breaks the November 8 low and the 21-day moving average. At the moment, however, all the moving averages are bunched up because oil has been around these levels for so long.
It's a poor sign overall but -- like everything -- the next big move probably depends more on China and the US than it does on Russian and OPEC. Looking further out, how shale performs in 2020 and beyond is critical. I think the wells aren't a rich as believed and there certainty isn't the money in the debt market to chase after crude like there used to be. So at some point we will end up in a deficit but it's all about the timing and late in the year is a seasonally weak time for crude so I think we see $52 before $58.