Oil falls to the lowest since August 22

The decline has accelerated after weekly US oil inventory data. Inventories are tight and the crude data was tighter than expected but a surprise build in gasoline and distillates set of some modest initial selling that has spiraled. The poor underlying sentiment elsewhere isn't helping and seasonals are a drag, as I highlighted at the start of the week.

Technically, it isn't particularly vulnerable here but trade worries could create some skews between various benchmarks. 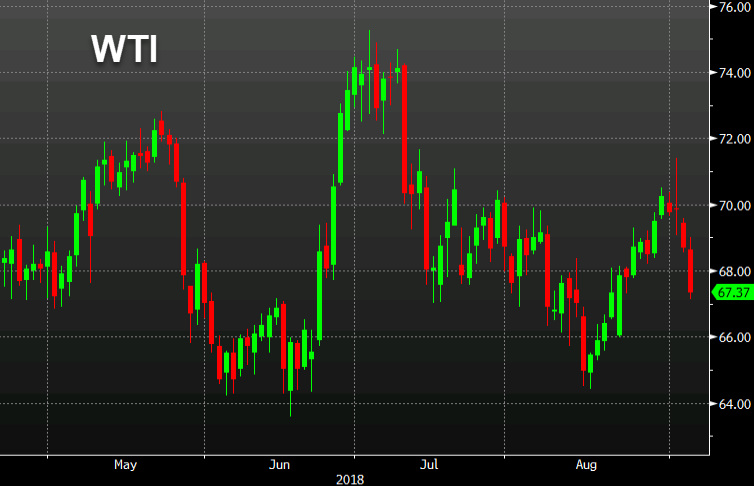 Yesterday there were reports that Europe was working on an Iran workaround for US sanctions.
ForexLive

There is also talk of the US giving out waivers for importers from Iran. Earlier this summer there were reports there would be no waivers (unlike on the 2014 sanctions).

Mike Pompeo is in India at the moment, which is the second-larger importer of Iranian oil.

"We will consider waivers where appropriate but that it is our expectation that the purchases of Iranian crude oil will go to zero from every country or sanctions will be imposed. So we'll work with the Indians, we committed that we will do that," Pompeo said.