Oil finds a base after a week of selling

Today is the one-week anniversary of the Iran attack 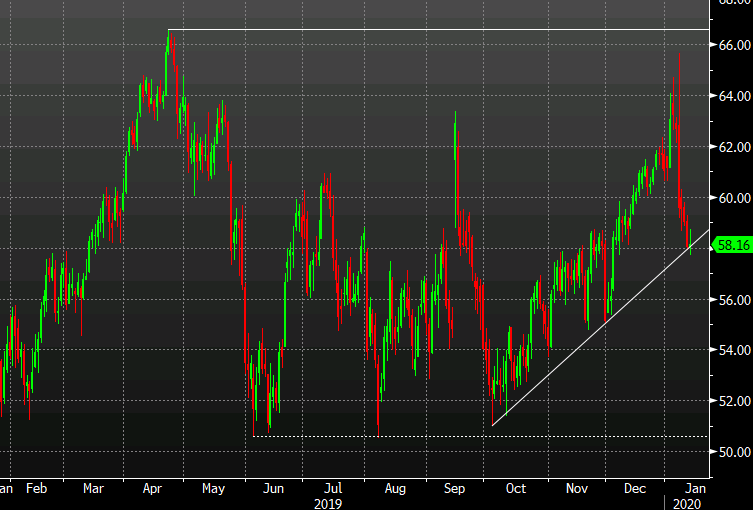 It's tough to believe that the Iran counterattacks were launched last Tuesday (early Wed in the Middle East). What looked like it could be the start of a war has completely fizzled and taken oil with it.
From a high of $65.65, WTI has fallen to $58.14 today in the first day of flat trading since the event.
Technically, there is a minor uptrend that's in play today but I wouldn't give it too much weight. In the big picture we are almost in the center of the range from the past year. The only really strong support is near $51 with resistance at $67.
That's a wide range but it's tough to see it breaking until something fundamentally changes in the global economy or the oil market.