Stocks at all time highs. Earnings season starts next week

The earnings calendar for the next two weeks

The major stock indices are trading near the highs for the day, and baring an afternoon's swoon, the major indices are also on pace for all-time record high closes today.
Those highs are coming into the earnings season where if you are to believe the Fed officials and central banks, the global growth prospects are a concern. Will the companies agree and mark down 2H expectations?  The market will be looking toward those expectations probably more than the earnings.
So what does the earnings calendar look like?

Below is the schedule (subject to change) for the next two weeks. 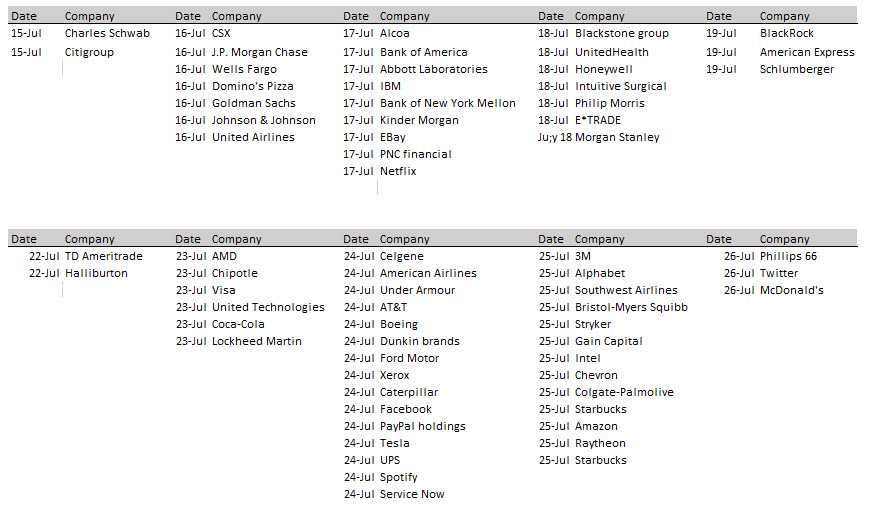 Earnings season gets started with bank earnings next week.
In addition, there will be some of the more widely known companies including:
For the week starting July 22, highlighted companies include:
There will be lots to digest and risk for disappointment in what was thought to be a soft quarter, but don't tell the major stock indices?   They love it.
ForexLive