Today the US will announce the worst GDP decline on record after the shutdown of the economy in Q2. The Advanced GDP is expected to decline -34.5% after a -5.0% decline in Q1. The US GDP is annualized so divide by 4 to get the more or less quarterly decline of -8.625%.  Today is also the mother of all earnings dates with Apple, Facebook, Alphabet and Amazon  all to release after the close.
The GBP is starting the day as the strongest of the majors currencies, followed by the USD. The USD was the weakest currency yesterday. The NZD and AUD are the weakest as risk off flows are dominating with stocks lower in pre-market trading.  The Dems and GOP are not close to a deal according to the White House.   In addition to the GDP, the US will release weekly claims. Last week the claims rose for the 1st time in 15 weeks.  The expectation today is for a another rise to 1445K from 1416K. The continuing claims are expected to be near unchanged at 16200K (vs 16197K last week). This week corresponds with the survey week for the Labor Department's monthly employment report. 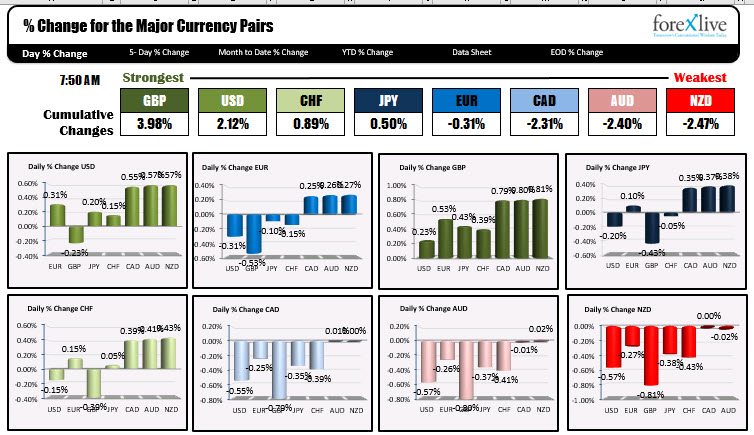 The GBP pairs are trading at the extremes after trading lower earlier in the day.  The GBPUSD was down as much as 50 pips with the pair now up 30 pips. The GBPJPY was down around 30 pips and stands up 59 pips at the moment. The EURGBP has been mostly lower for the entire day.  The GBPUSD is trading at the highest level since March 11. The EURUSD is lower after getting close to a key swing area starting at 1.18147 yesterday (the high was 1.1806). The 61.8% of the move down from the 2018 high was up at 1.1822 and seemed to slow the move higher. 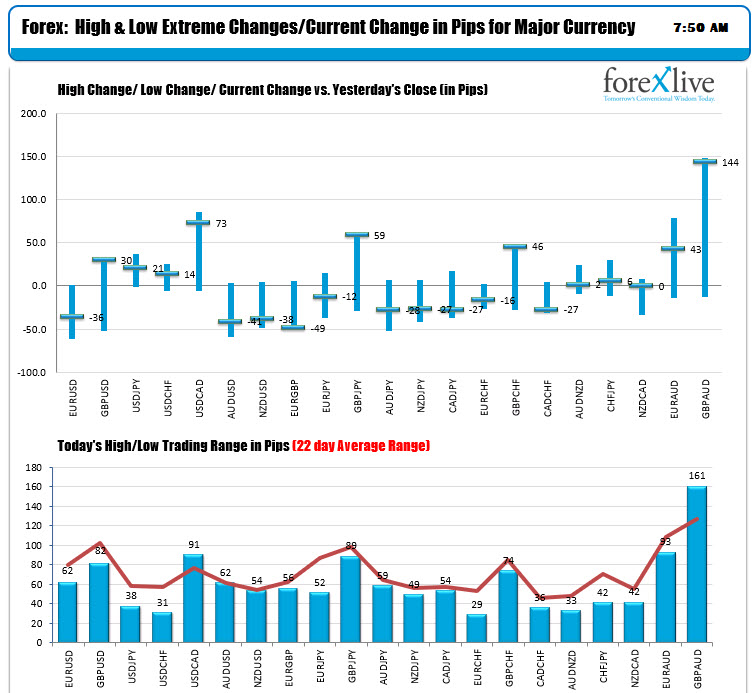 In other markets:The US stocks are mostly trading lower with the NASDAQ leading the way to the downside. As mentioned the big 4 (Apple, Alphabet, Facebook, Amazon) will be releasing earnings after the close a day after appearing on Capitol Hill to answer questions about noncompetitive practices.
in the European markets, the major indices are trading sharply lower with the German DAX leading the way with a -2.43% decline:
In the US debt market the yields are lower with the yield curve flattening

In the European debt market, the benchmark 10 year yields yields are lower across the board with the German 10 year down the most at -4.5 basis points as investors push into the relative safety of Germany.