The FOMC rate decision will be announced at 2 PM ET. No change in rates is expected but the market will be focused on the rate forecasts given the new inflation averaging, and baseline economic forecasts for employment, inflation and GDP growth.  Before that, US retail sales (with headline retail sales expected at 1.0% after a rise of 1.2% last month) will be of interest. The USD is the weakest of the majors going into the retail sales.  The GBP is the strongest of the majors as it's correction higher continues this week (the GBPUSD is up for the 3rd consecutive day and tests its 200 hour MA at 1.29811 into the NA opening). 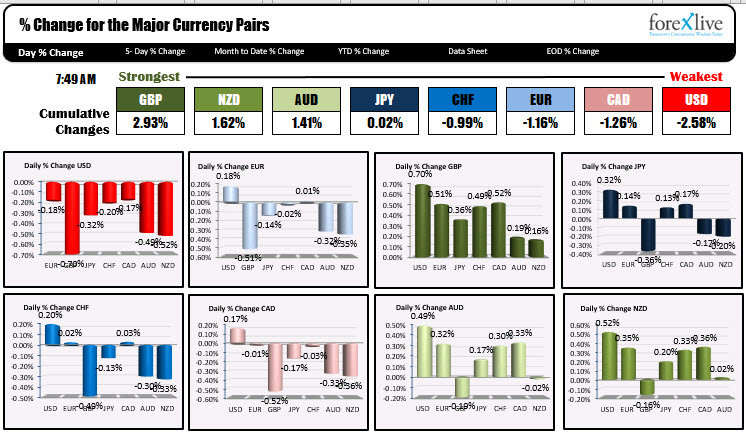 The ranges and changes are showing action mostly focused in the GBP pairs (again - for the 3rd day in a row). The GBPUSD is trading at session highs and the other GBP pairs are also near GBP high levels (EURGBP is at lows, the GBPJPY is at the highs as is the GBPCHF).  The USD pairs are nearer dollar low levels with ranges for pairs other than the GBPUSD at 54 pips or lower. 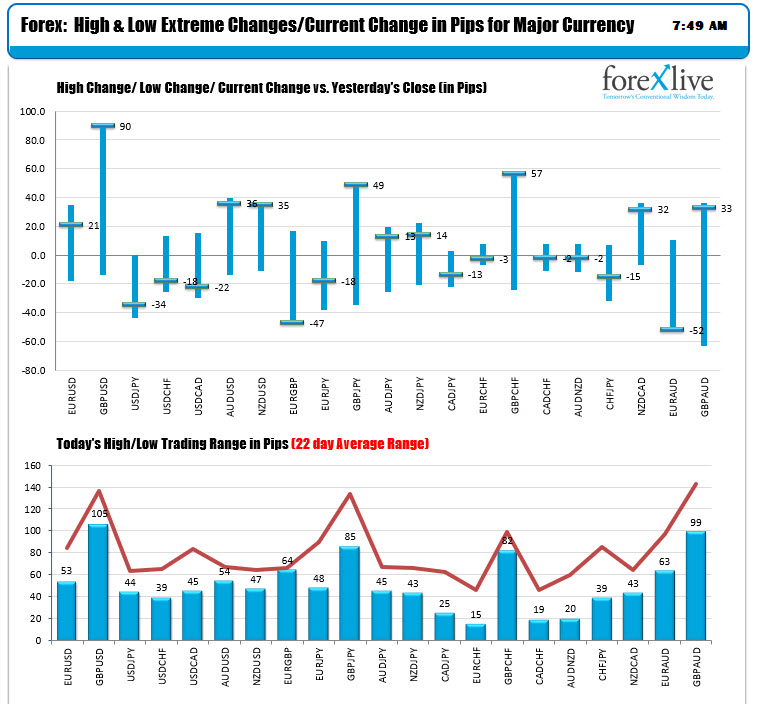 In other markets:In the US stock market, the major indices are trading higher despite Boeing trading lower after a scathing report. Facebook is also sharply lower as the Federal Trade Commission is preparing an antitrust investigation and Kim Kardashian and other influencers are boycotting Facebook for their failure to address their control of posts.
In the European equity market, the major indices are mostly lower
In the US debt market, yields are lower with a marginally flatter yield curve.

In the European debt market, the benchmark 10 year yields are also trading lower with Italy -2.5 basis points leading the way: