As North American traders enter for the day, the NZD is the strongest (it was also the strongest yesterday and continues that trend today), and the JPY is the weakest (it was the weakest yesterday as well but is off highs today). The USD is mostly weaker a day after Fed's Powell testimony which stayed the course on easing into tapering and inflation is transitiory. The Nasdaq closed at record levels yesterday. Today shares are modestly higher in pre-market trading.  US yields area modestly mixed. Bitcoin is higher. Oil continues it's move higher. 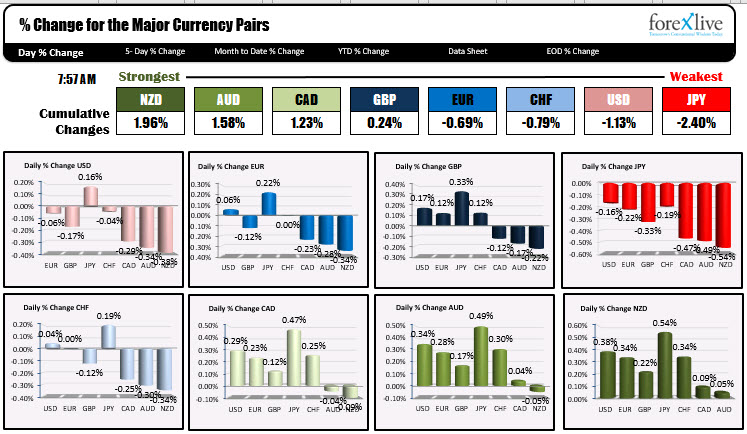 Looking at the ranges and changes, the commodity/risk on currencies are at their highs. The EURUSD has recovered from negative levels earlier in the day and trades modestly higher (the GBPUSD is also positive after an earlier dip)   The JPY and JPY crosses area all higher. 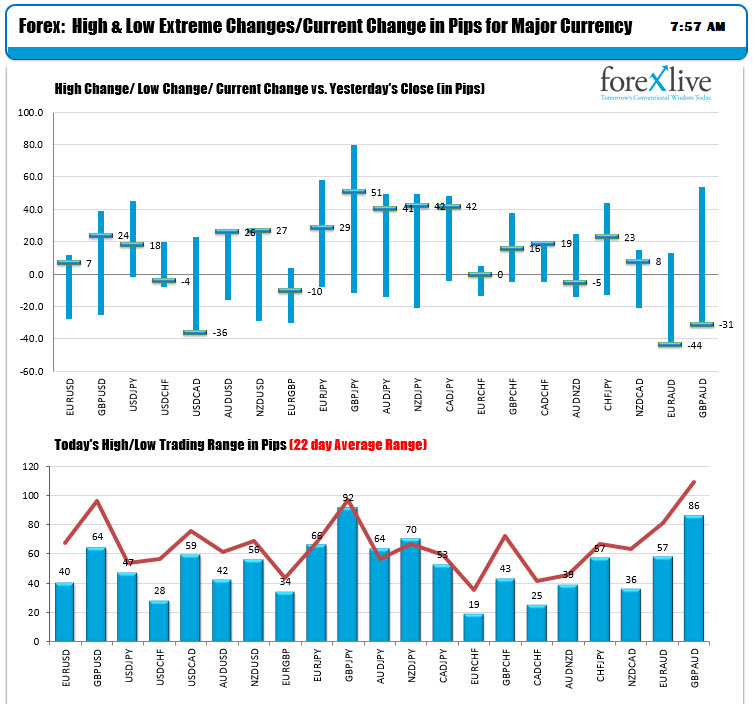 In other markets:In the premarket for US stocks, the major indices are marginally higher after moving higher yesterday. The NASDAQ index closed at a record. The S&P index nearly reached an all time intraday high before moving lower into the closeIn the European equity markets, the major indices are trading mixed
In the US debt market, the yields are mixed with the two year yield higher, the five year lower and the 10 and 30 year also marginally higher.

In the European debt market, the benchmark 10 year yields are lower across the board with Italian yields rallying the most (down -3.9 basis points).