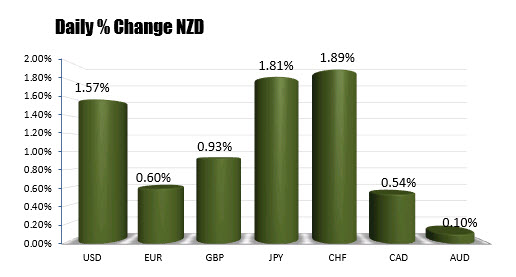 Admittedly, over the last 2 or so months, the price of the NZDJPY has been contained and traders really don't know which way he wants to break. That's the bad news. The good news is that at some point it will break, and the pair is likely to run.
In the short term stay above the 64.57 -64.60 and the upside is preferred.  Move below and the waters get a little bit more muddy - at least the shorter term.
See here for global coronavirus case data