The USDJPY has tested the 100 hour MA on 4 separate hourly bars over the last 30 or so hours of trading.  Each of those tests have found sellers against the MA. That MA comes in at 108.085 currently.  A lid on rallies is established. It will take a move above the MA level to change that bias. 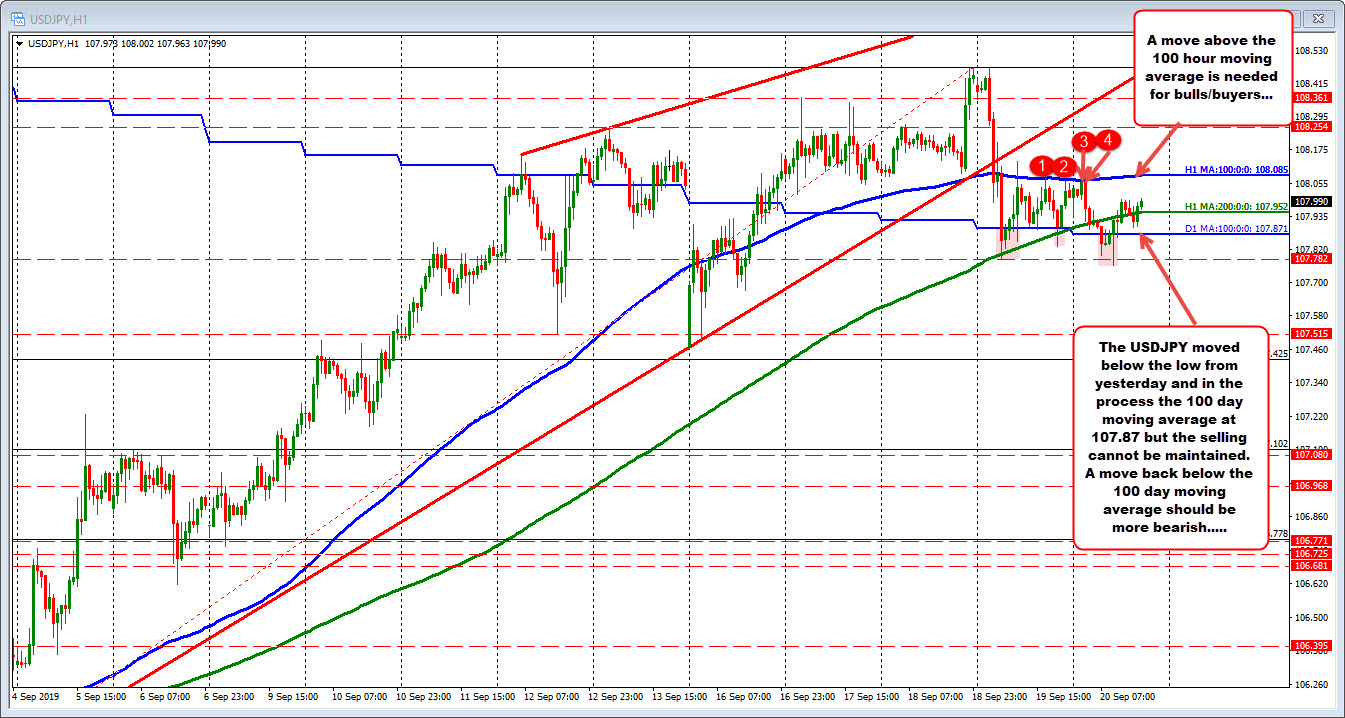 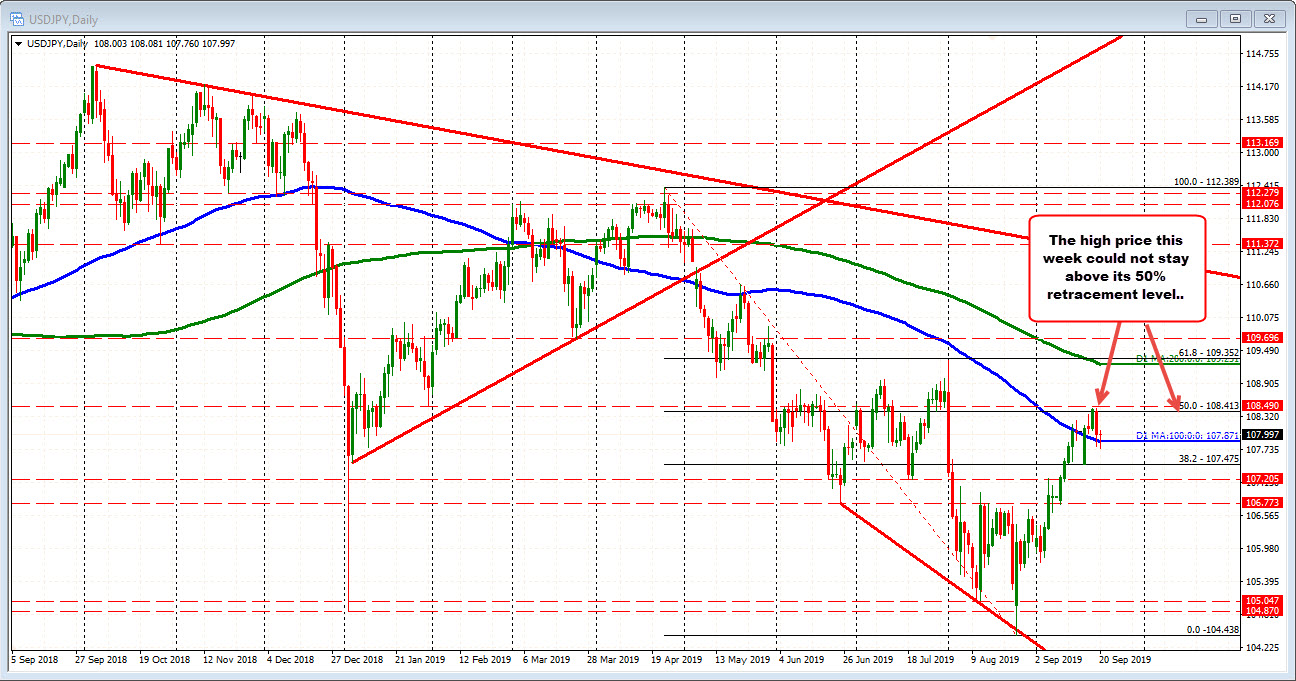