Trading today in the North American session is choppy and unreliable

There are times in trading when trading becomes choppy and unreliable.  That leads to distrust and eventually to just shutting off the screen.  I have that feeling today. 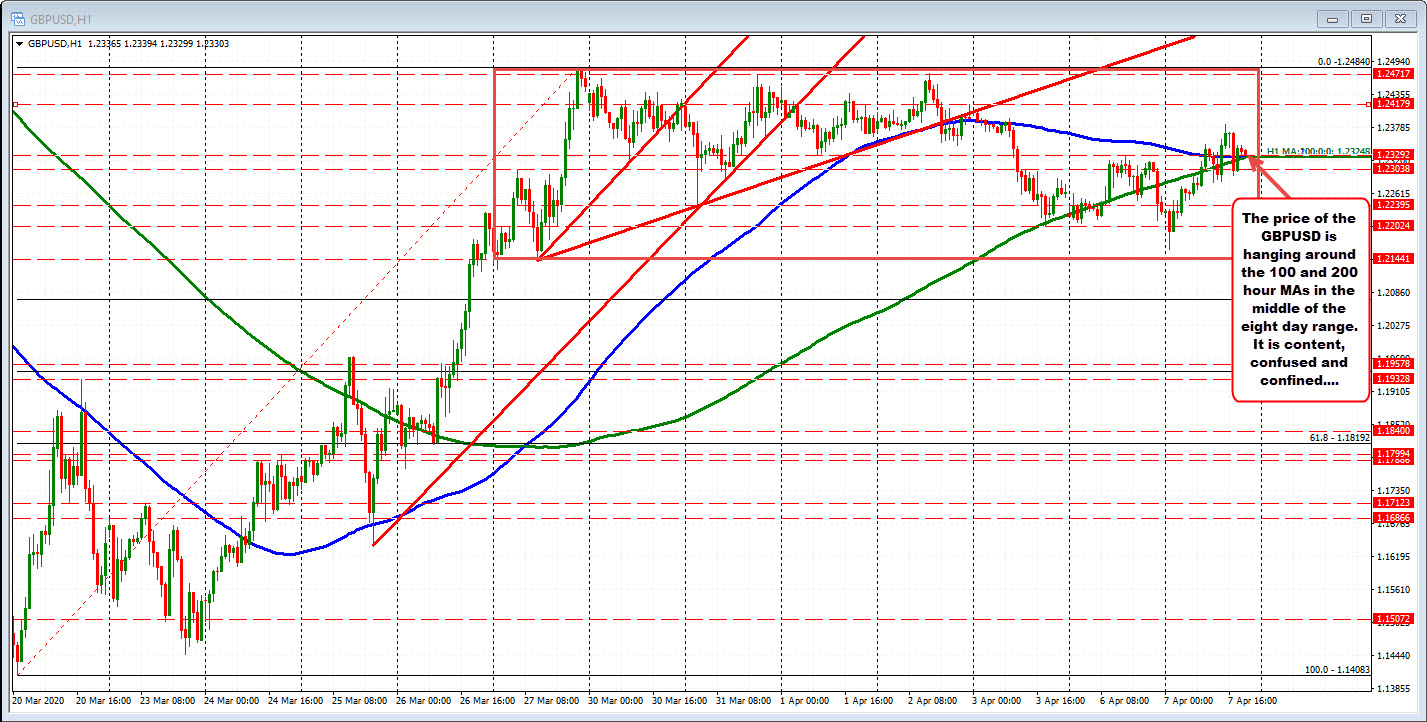 Looking at the GBPUSD on the hourly chart above. The price ran up in the Asian and into the European session but then started to waffle above and below the converging 100 and 200 hour MAs (currently at 1.23354 area.  The high reached 1.2383. That is short of the natural resistance at 1.2400.  The recent NY session low at 1.22925 was short of the low at the very start of the session at 1.2283.  The price is just above the converged moving averages, but it is not going very far.  Adding chop to the market, is the pair is in the midst of 8 days of up and down price action which has led to the convergence of the MAs.
The good news, is the price action is saying "I don't know what the next move will be?". That dilemma is often resolved and the price action trends one where the other.  For now, however, the "market" seems content, confused and confined. 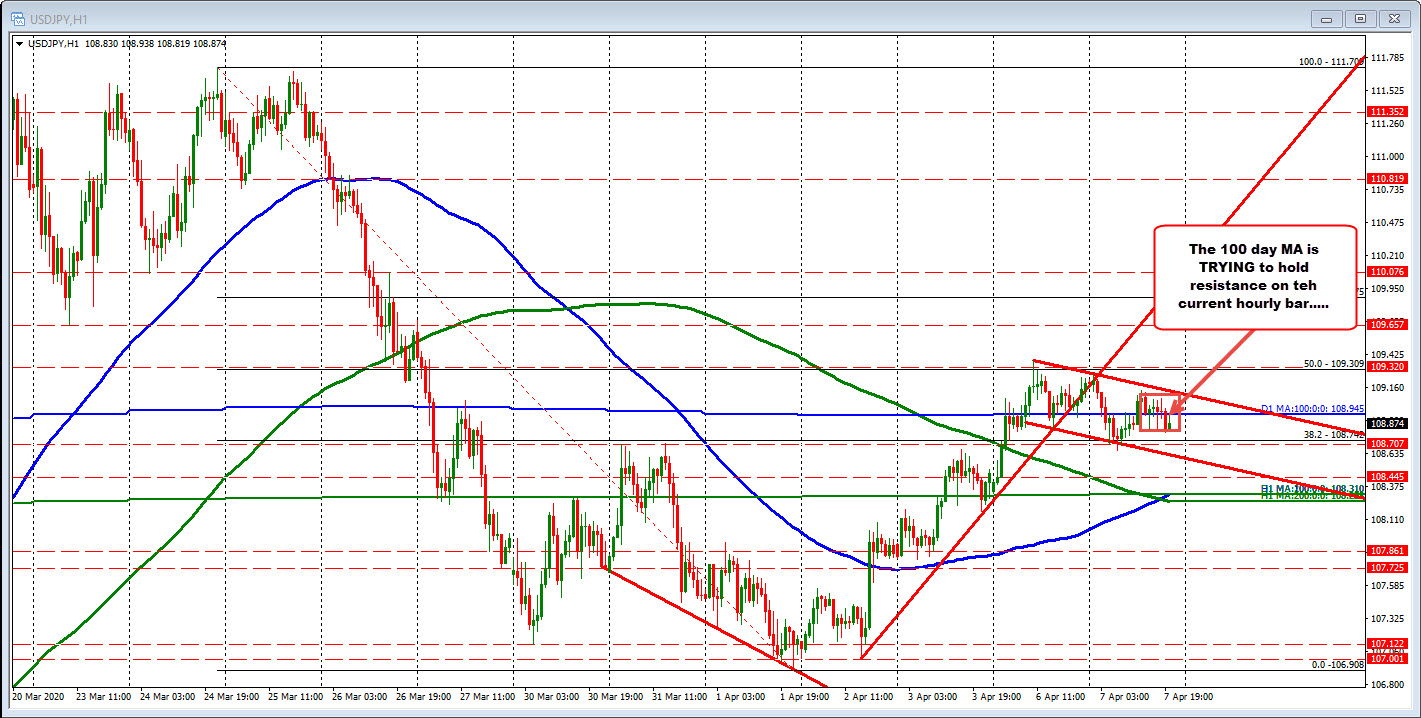 The USDJPY has a similar reaction with it's price action trading above and below its 100 day moving average at 108.945 (see blue overlay line on the hourly chart above).  The pair is also trading between channel trend lines. The topside trend line comes in at 109.126. The lower trend line comes in at 108.64.. The high during the New York session reached 109.12, while the low extended to 108.80. Looking at the current bar, the price is trying to use the 100 day moving average as a resistance/risk defining level. Can the sellers keep the pressure on? Do I trust it? I'm about 50-50 on both questions.

Finally, the EURUSD in the North American session has seen up and down price action as well. The pair did move above its 100 hour moving average and the European session which is bullish, and tested the 38.2% retracement at 1.09124, and then made a unsuccessful run higher to an intraday high of 1.0925. However that run fell short of its 200 hour moving average target at 1.0938. Over the last 3 – 4 hours the price has corrected lower and then moved back higher.  However, the price remains below the 38.2% retracement level on the topside.
Putting the current price into perspective, it remains near the middle of the 100 hour moving average at 1.0850 and the 200 hour moving average above at 1.0938. The mid price of that range is at 1.08944 and we currently trade at 1.0895.  We are smack dab in the middle.  Toss a coin might be the best option.
Choppy and unreliable is how I feel today at least in the North American session.

How about you?
ForexLive