US dollar continues to weaken after weaker data

The US dollar continues to weaken after weaker ISM and construction spending;
EURUSD 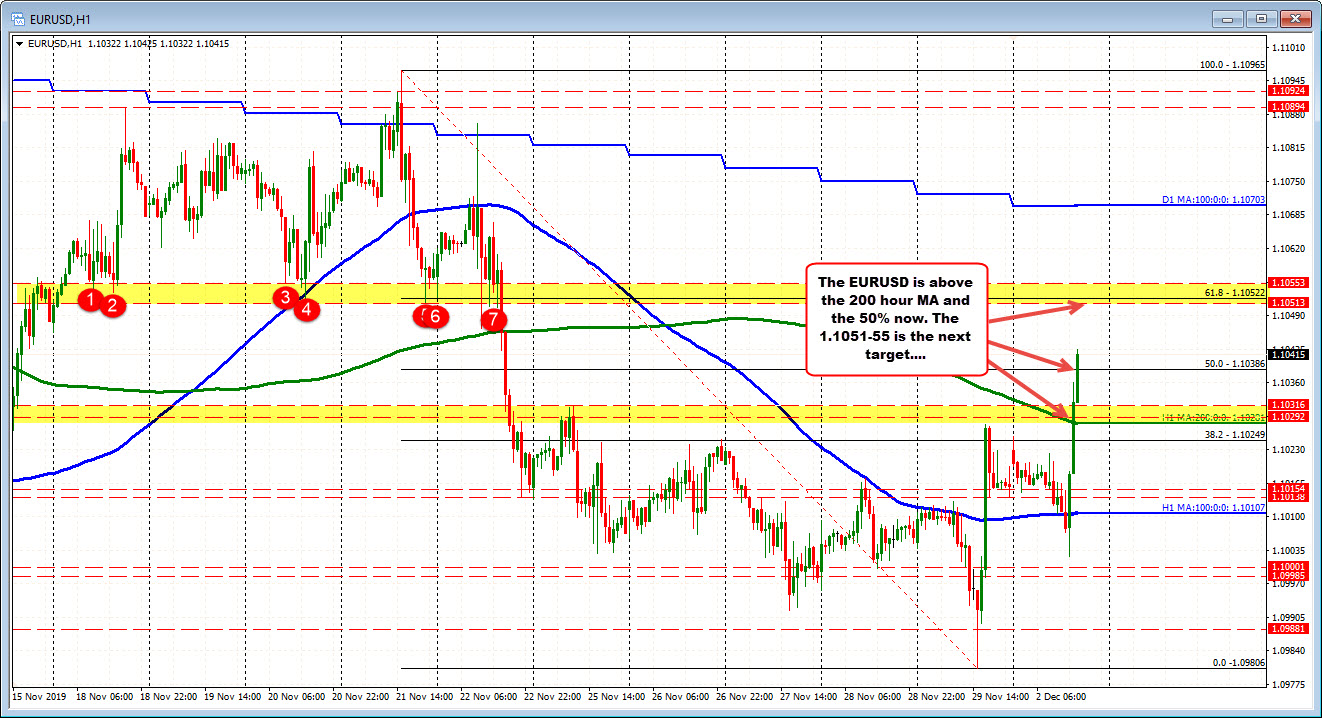 The EURUSD has moved above the 61.8% retracement of the move down from the November 21 high at 1.1052. The price is also moved above a swing area at 1.1051-55.
The next target is approaching at the 100 day moving average at 1.10704. Back on November 22 and November 21, the price did extend above that key moving average level only to fail (see red shaded area in the chart above).  Usually traders respect that level on the 1st test. I would expect sellers to lean against the level with stops on a move above.
USDJPY 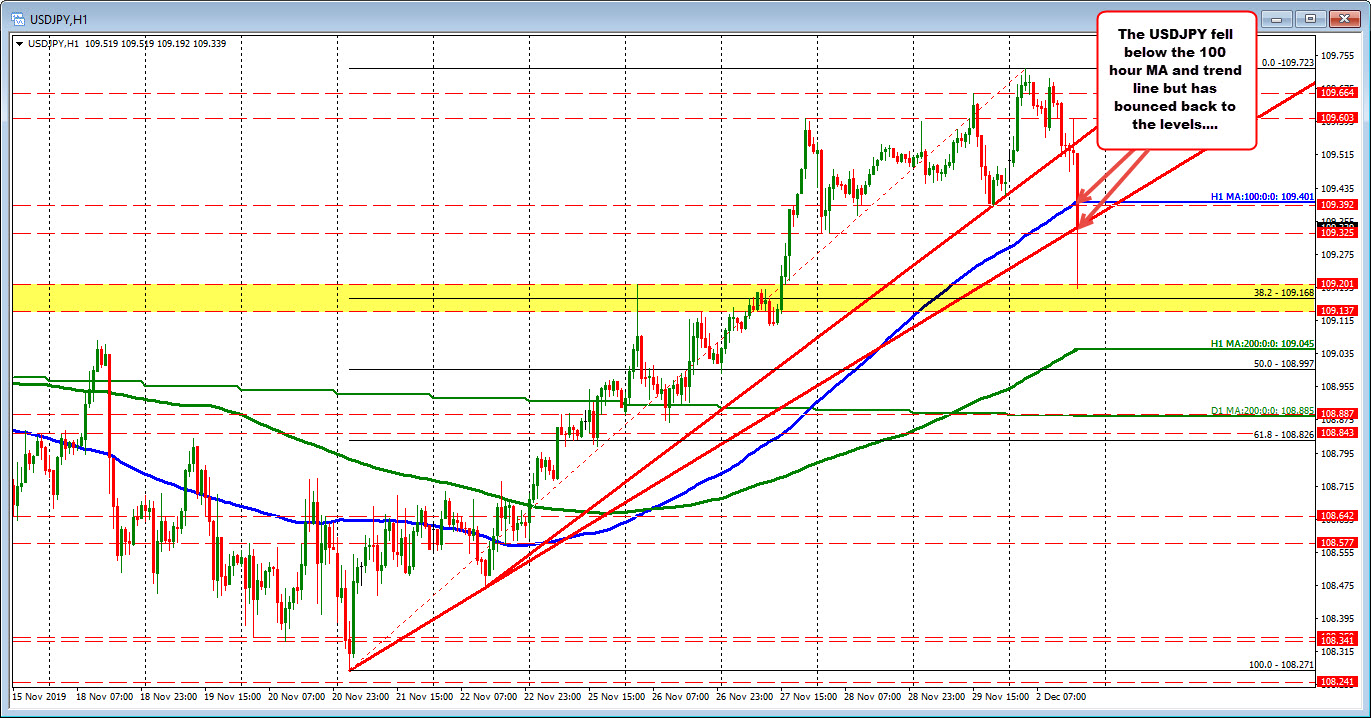 The USDJPY moved sharply lower on the data but has bounced back higher. The low extended toward the 38.2% retracement of the move up from the November 21 low at 109.168. There is also a swing area at 109.137 to 109.20.   On the run lower, the pair fell below its 100 hour moving average at 109.40 and a trend line at 109.34.  We currently trade between those levels.  If the sellers are to remain in control, they would like to see the price remain below the 109.40 level (home to the 100 hour moving average and low from Friday's trade).   A move above would muddy the water for the bears.  Stay below keeps the downside and the sellers more in control.
USDCHF
The USDCHF has move below its 200 day moving average at 0.99452 without much of a fight. The pair is currently trading at session lows at 0.99374. Stay below the 200 day moving average keeps the bears in control.
AUDUSD

The AUDUSD is also trading at new session highs and the highest level since November 21 (the high on that day reached 0.68135). The high for the day just reached 0.6811.  Just above that level sits the 100 day moving average at 0.68175. The price move below the 100 day moving average back on November 13 and has not traded above that level since that day.
The rise in the AUDUSD is not in reaction to a risk on flow now, but dollars selling. The NASDAQ index is currently down -1.06%. The S&P index is down -0.65%.
NZDUSD
The NZDUSD has also continued its trend move to the upside and currently trades just above the 0.6500 level for the 1st time since August 7. In the process the price has also moved above its 50% retracement of the move down from the July high to the October low. That level comes in at the 0.64966 level.   The pair also moved above a swing area at 0.64864.  That level and the 50% retracement are now risk levels for longs.