The USDCAD has continued the downward run started yesterday.  Recal, that the pair had been trading with a ceiling in a wide swatch of swing highs between 1.3480 to 1.3497.  On the downside, the 100 and 200 hour MAs were stalling the falls (blue and green line). 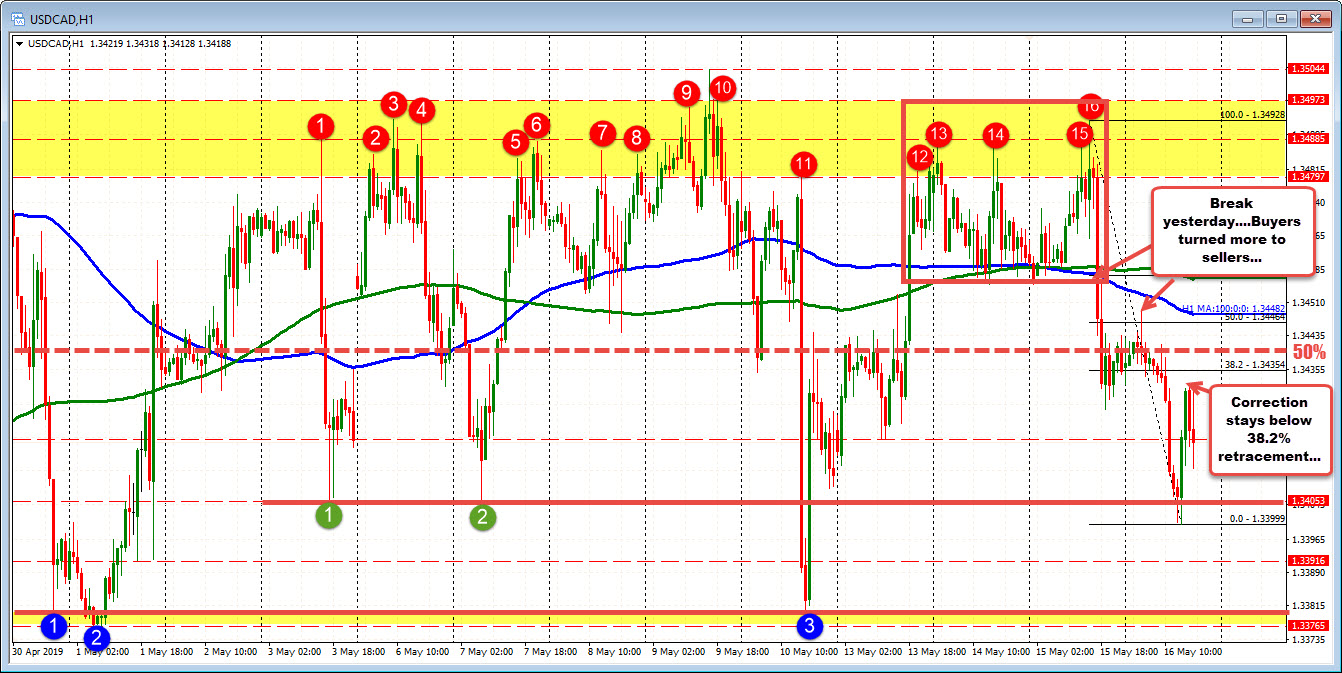 Yesterday that area was busted and buyers turned more to sellers.
Today, after a correction higher stalled ahead of the falling 100 hour MA (blue line) the price action continued lower to a low of 1.3400. Natural support against the level has stalled the fall.
What next?
The correction off the 1.3400 level has been relatively modest.  The high stalled short of the 38.2% of the move down from the Wednesday high at 1.34354. That is a modest correction. The price has moved lower off that level.  Also of note is that the 50% of the up and down month's trading range comes in at 1.34406 (see dashed red line).  Stay below keeps the bias a little more bearish as well.
ON the downside, the 1.3405 and 1.3400 levels are targets to get to and through.  Below that the lows for the month will be eyed at 1.3376-80 (see blue circles).
Sellers are more in control, but we have to recognize that the overall market is still full of moves up and moves down.  So pick spots where you can lean and go into trades with the mindset that we could still run up just as easily as run lower.