Canadian dollar falls to the lowest since April 8 on soft retail sales and inflation. What's next

The Canadian dollar is lower for the third consecutive day after disappointing data on retail sales and inflation. That has pushed USD/CAD to the best levels since April 8. 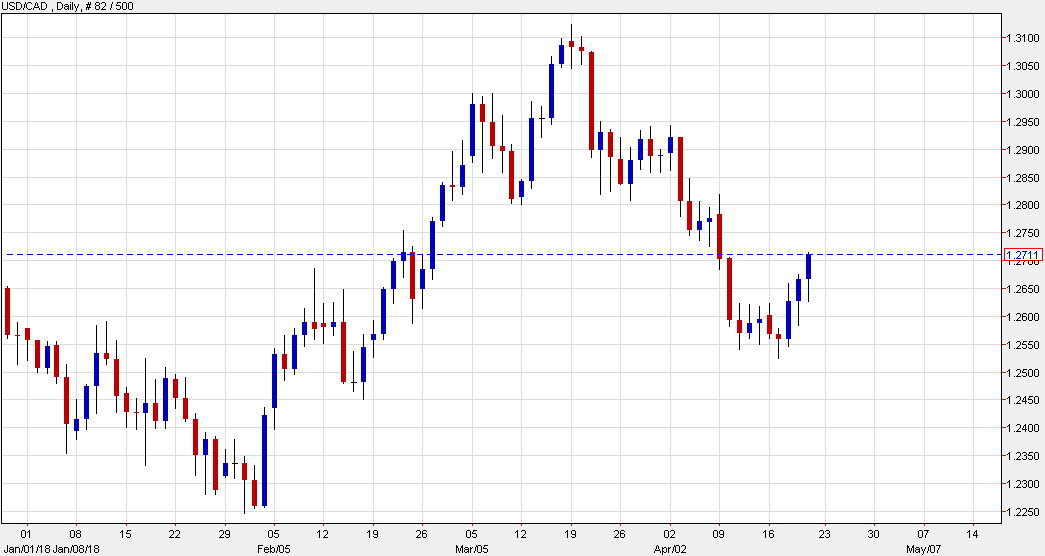 The loonie has been undercut by fundamentals this week. The Bank of Canada wasn't as hawkish as many expected and that kicked off the first wave of Canadian dollar selling (and USD/CAD buying). At the same time, the US dollar has been broadly strong.

The BOC put a special focus on incoming data and today's retail sales report excluding autos was flat compared to 0.4% expected. The three-month average of sales ex-autos is now -0.4% m/m, which is the lowest since 2015. That raises questions about how many Canadians were tapping home-equity loans during the house-price boom.

Inflation rose to a three-year high on the headline but that was all about energy prices. The core measures from the BOC were flat. Economists were expecting a continued uptick and that should give the central bank additional pause.

If the BOC wants to tweak its messaging, it will have a chance later today. At 1525 GMT (11:25 pm ET), the BOC's Wilkins is speaking at an IMF event on cybersecurity.

What's next for the loonie?

USD/CAD remains solidly lower on the month. Two big drivers of that move have been NAFTA and crude oil. Leaders continue to make progress on NAFTA but there are murmurs about trouble with Congress and that could lead to some drama.

In the week ahead, look for the USD side of the equation to lead the way. Higher Treasury yields have sparked a bid in the US dollar late this week and that may help keep the momentum going.