The USDCHF is breaking below its 100 day moving average at the 0.98864 level. In addition, the pair fell below its 38.2% retracement at the same level.  That has weakened the technical picture for the pair and selling has continued to new session lows at 0.98614. 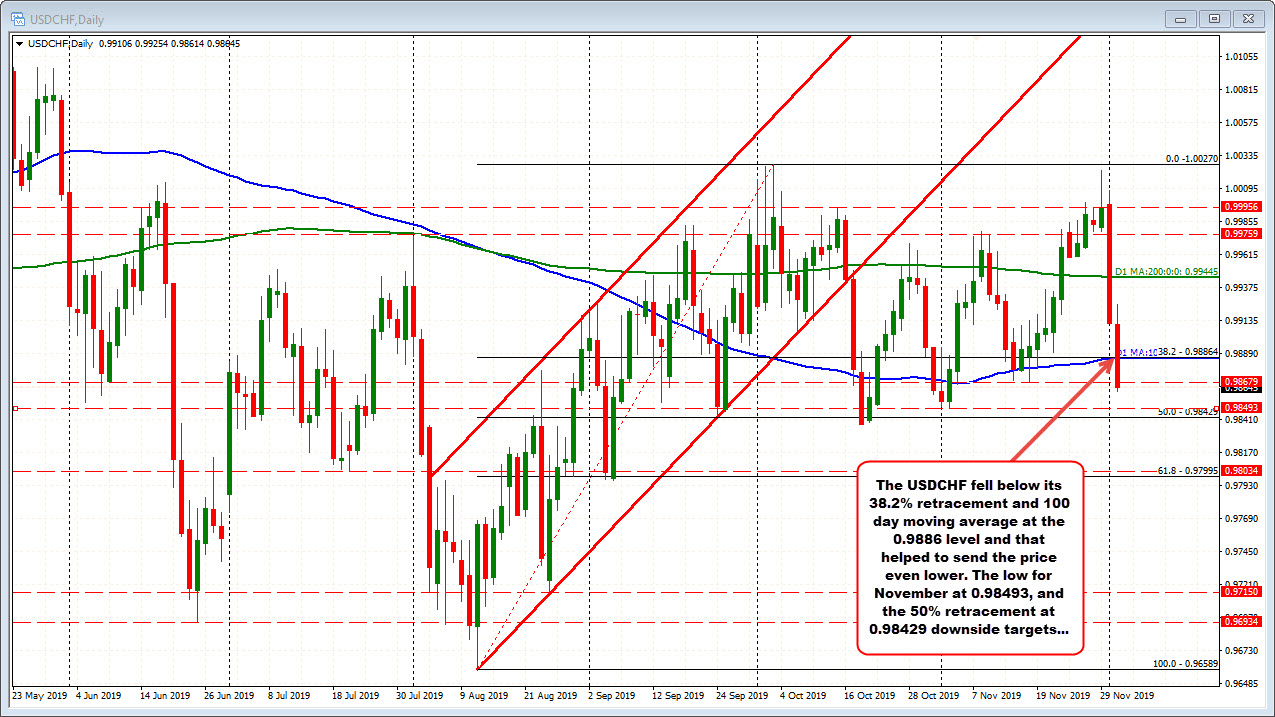