USDJPY continues to have trouble against a cluster of resistance 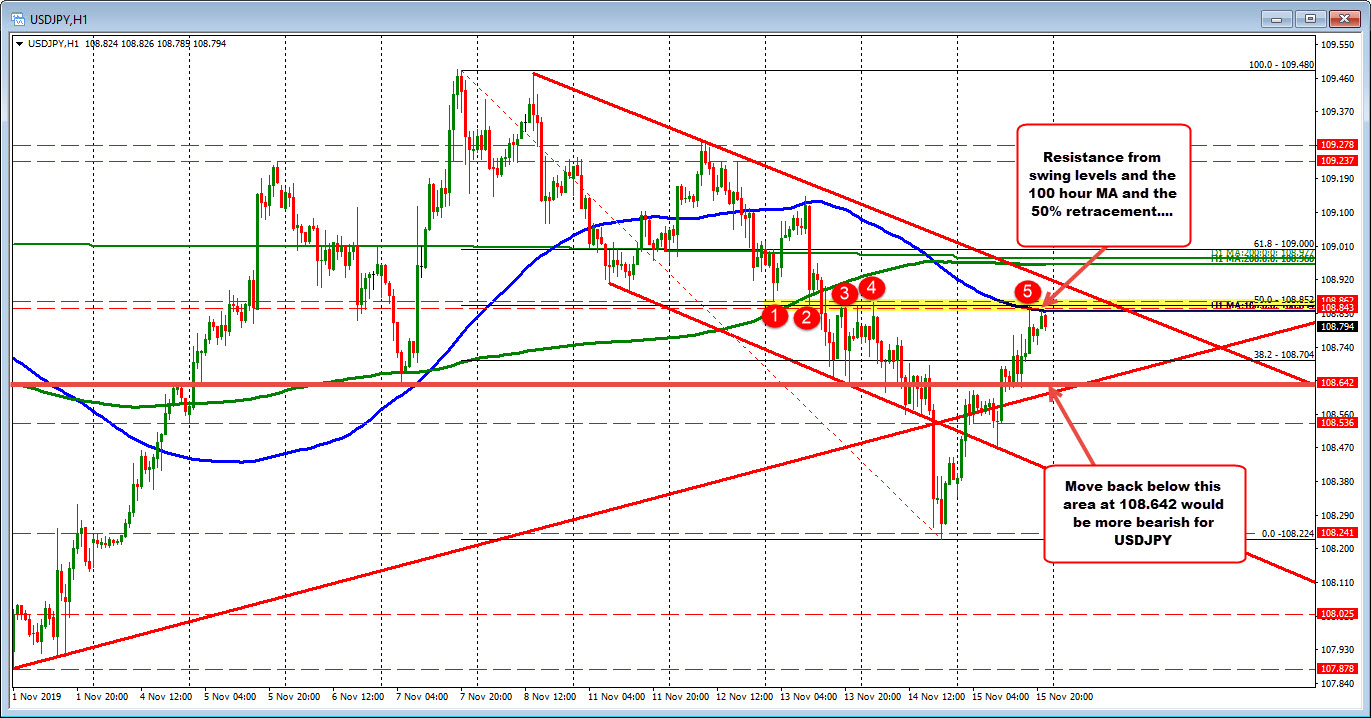 The USDJPY is to have trouble the cluster of resistance defined by:
The high price for the day has reached 108.849 so far. We currently trade at 108.798.
For the week, the price closed at 109.19  last Friday . The high price was reached on Tuesday at 109.288, while the low extended to 108.224 on Thursday before rebounding higher in trading today. The move higher today was helped by higher stocks, higher yields and hopes that US China deal would give global growth a boost.
However there is some limit to the upside and the technicals are providing that level for traders to lean against vs the aforementioned levels.
Next week's trading will use the swing area as a barometer for bulls and bears at the start of the week. On a break higher, the 200 hour moving average and 200 day moving average at 108.97 area and the 61.8% retracement at 109.00 would be another key area for bulls to get above if the price is going higher.
On the downside the 108.64 level was swing low from November 7 and near swing lows from Wednesday's trade