The comments from Trump about his meeting with Fed Chair Powell, has led to more downside in the USD. The USDJPY - which started to move down at the start of the New York session - is skidding to new session lows and in the process has breached the 61.8% retracement of the move up from last week's low at 108.546. 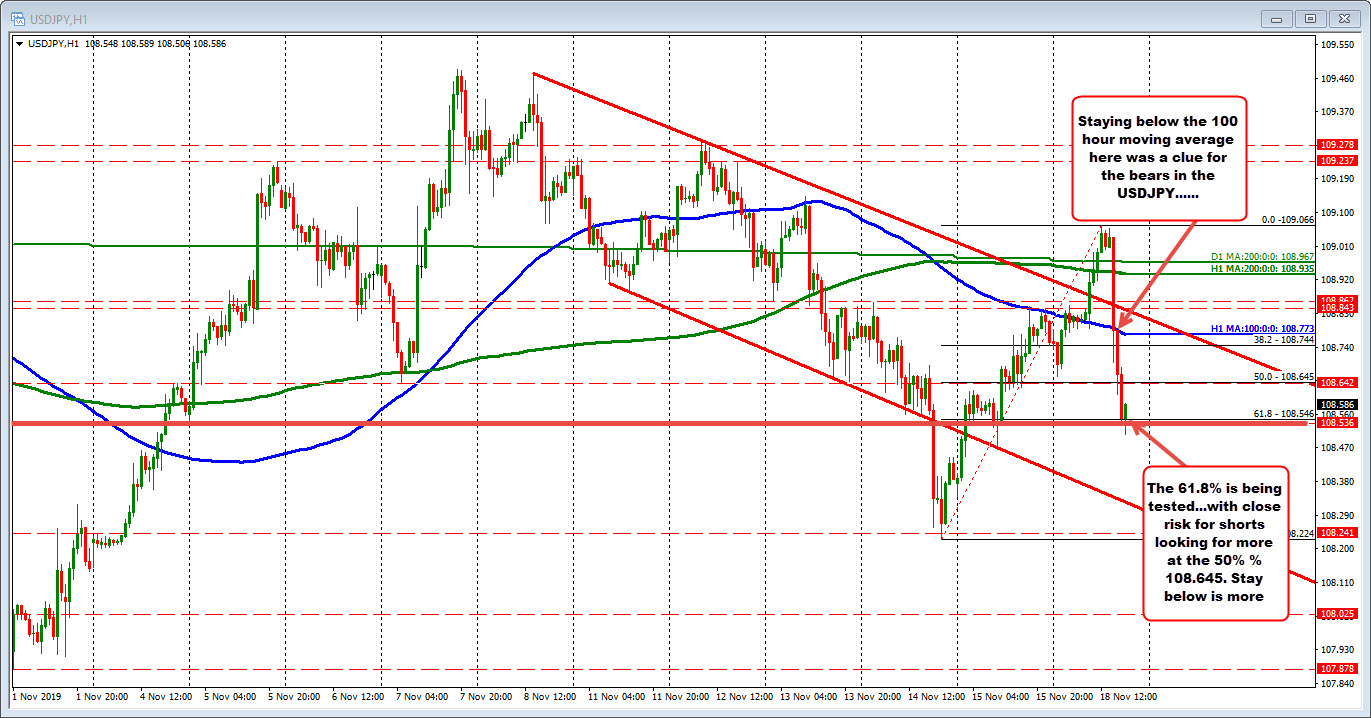 In an earlier post I spoke of the break of the 100 hour moving average (blue line at 108.773).  As mentioned in that post, stay below the 100 day moving average (and the broken trend line) would keep the bears in control. That is what happened.  The price did move lower.   So far, the price has reached a new session low at 108.506.
What now?
On the extension lower the price moved below its 50% retracement at 108.645. That is close risk for intraday traders. For other dollar bears, the 100 hour moving average at 108.773 would remain a barometer for the bulls and bears.  Stay below is more bearish. Move above would muddy the bearish waters technically.
Of concern perhaps for the sellers, is that stocks are recovering a bit. The S&P index is near unchanged levels at 3120.30. The low reached 3112.06. The NASDAQ index is still down by -9.5 points at 8531.46, but is well off the lows of 8503.625. That might give the shorts some cause for pause.