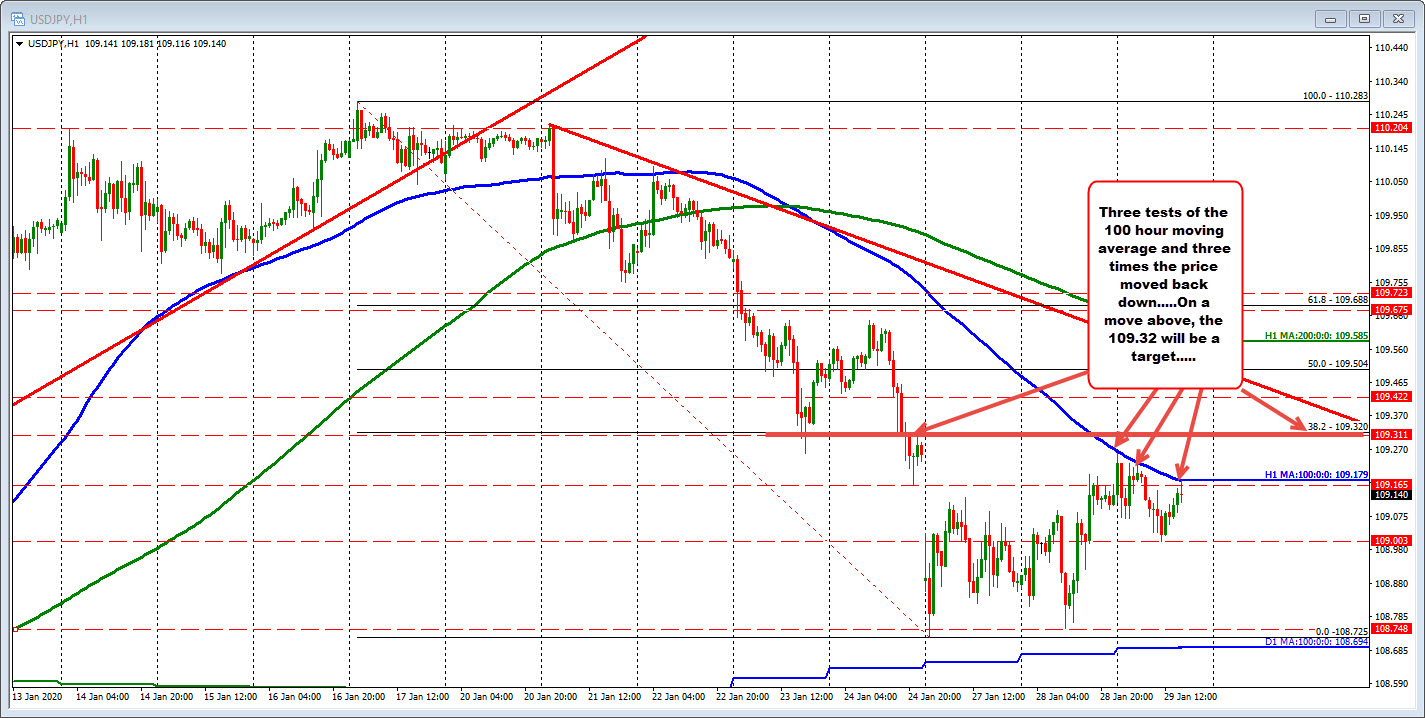 In the current hour, the price moved once again up to that falling moving average line at 109.179, and has so far found sellers for the 3rd time.
The pattern is consistent but that can change of course.  A move above should solicit more buyers.
On the downside on Monday and again on Tuesday the price got within about 6 pips of its 100 day moving average. The low today is well above that moving average at 108.694 (the low reached 109.00 so far today).  Move below that natural support level and there could be more selling.