USDJPY runs into overhead trend line resistance on the daily chart. Backs off.

The price of USDJPY is higher today continueing the snap back rally after the sharp fall on the Iran missile attack.

The rise today moved up to a session high of 109.49.  Looking at the daily chart above, that is right where a topside trend line cuts across. Sellers seem to be leaning against that level on the 1st test. We currently trade at 109.41.  It will take a move above the trend line to solicit more buying.
On a break above, the November and December highs are other key targets. They are in the 109.68 to 109.723 range.  Moving above those levels will have the USDJPY trading at the highest level since the end of May.
Drilling to the hourly chart below, the swing highs from November and December are clear (see red numbered circles).
On the downside, the swing lows from December 23-26 come in around the 109.31 level. The last corrective move to the downside today did stall right at that level (see green circles in hourly chart below).  If the price were to move below that level, that could lead to a shift in the sharp upward bias seen over the last 2 days.   Watch that level for clues. 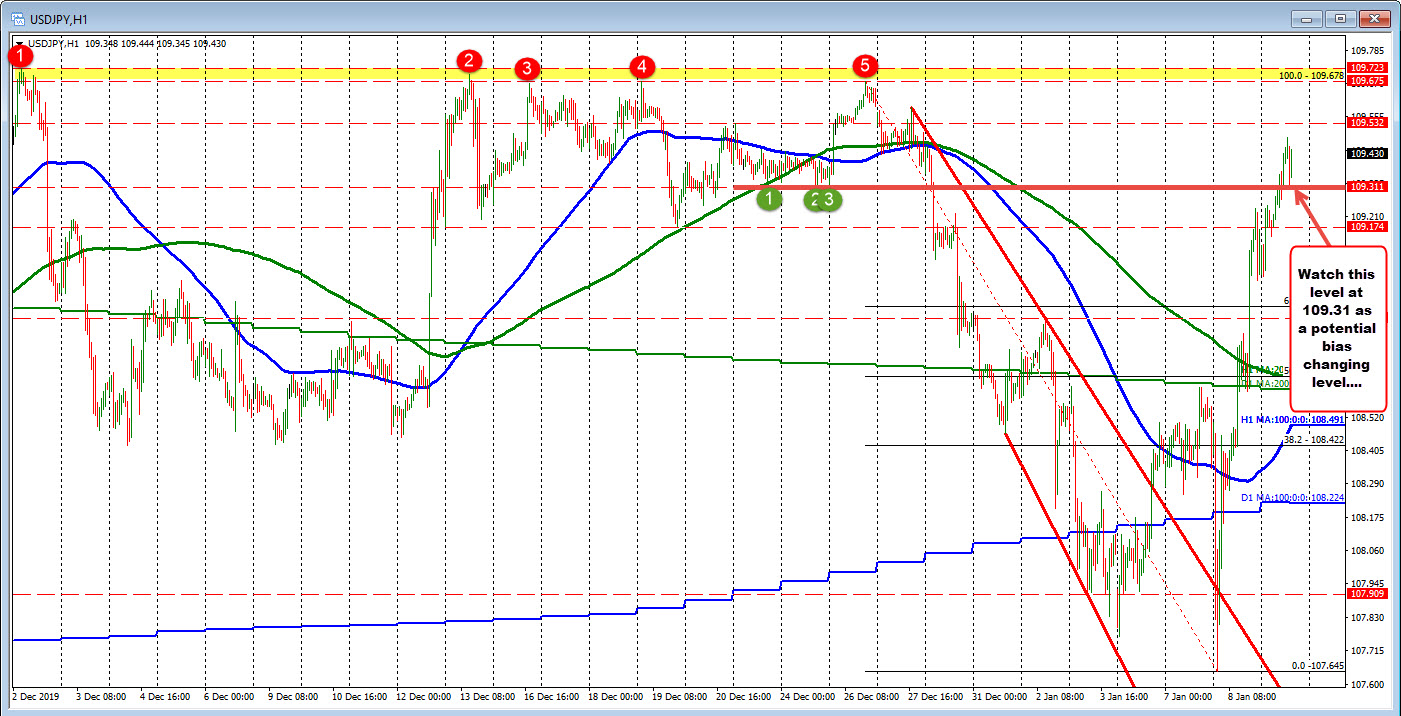