This is a tough move to explain 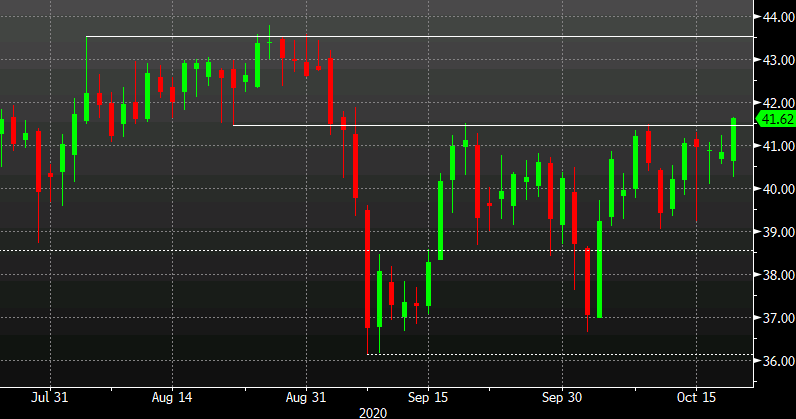 Oil is up more than $1 in the past few hours as it catches a strong bid. Withe the sudden gain, it's taken out the October and late-September highs, both at $41.50.
There has been a rash of bearish news lately, from Libya returning to the market, to  European lockdowns, to OPEC not offering much in the way of reassurance that they won't taper early in 2021. Still, oil has shrugged it all off and is now at a six-week high.
I believe one of the best long-term trades in the world right now is buying oil companies with good balance sheets because there is going to be a material lack of supply after the pandemic but I worry that there's going to be one more big flush lower in crude in the next six months.