The price of WTI crude oil futures are settling at $56.77. That is down $0.35 or -0.61%
The  high for the day reached $57.79 while the low extended to $56.63.
The DOE weekly inventory data showed a stronger-than-expected build in crude oil stocks by 2.219M vs 1.5M estimate. The the private API data last night showed a draw of -0.5M.  That unexpected build helped to push the price lower as the concerns about US China trade deal and global growth. 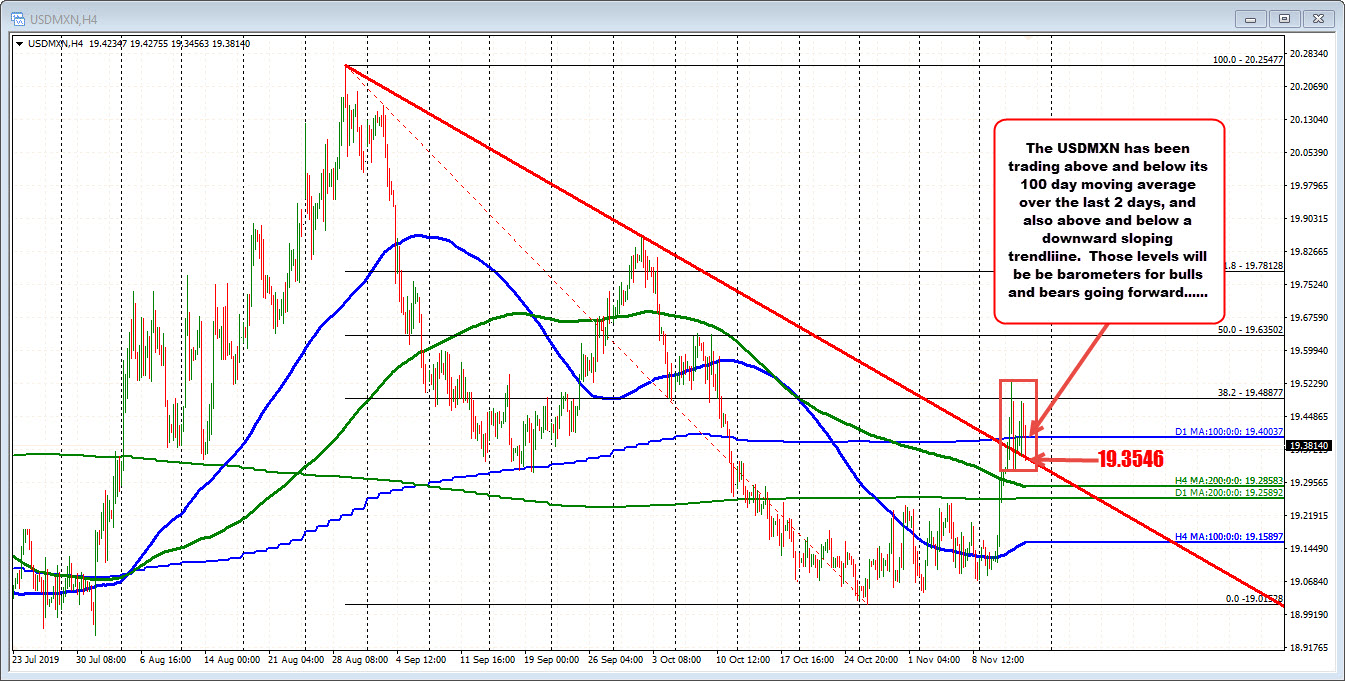 For the 9th consecutive day, the price of crude oil traded above and below its 200 day moving average at $57.32 today. Once again the move higher could not be sustained and the price settled back within the 100 day moving average below at $56 today and the 200 day moving average above at $57.32. One day going forward there will be a break and run in the direction of the break. Until then traders will continue to be frustrated by the failed breaks (which have been consistent to the upside).
Is a time for a break lower?  After all, the buyers sure had their shot to take the price higher.